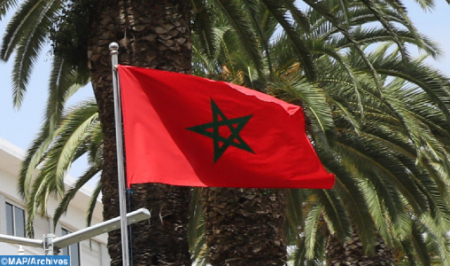 Kenya and Morocco are called to strengthen their bilateral relations in various fields, said Moroccan Ambassador to Kenya Abderrazzak Lassel. The Moroccan diplomat told Kenyan newspaper ‘The Eastafrican’, on the occasion of Kenya’s so-called SADR recognition withdrawal, that Morocco can provide significant assistance in the field of food security, being the largest producer of fertilizer in the world. In this regard, the newspaper pointed out that the new president had pledged to ensure cheaper fertilizers, noting that his goal is to improve food production and security in the long term and reduce food prices in the immediate future. Addressing the areas in which the two countries can have fruitful cooperation, Mr. Lassel cited the social housing sector in which Morocco is willing to share its successful experience, noting on the other hand that the Kingdom can benefit from “Kenyan prowess in ICT, especially in the digitalization of the banking sector. The newspaper also noted that Kenya has everything to gain from the Moroccan tea and coffee markets, adding that Nairobi can also draw inspiration from the Moroccan tourism sector which has annual arrivals amounting to 14 million tourists. The newspaper recalls that the day after his inauguration as the 5th President of the Republic of Kenya, William Ruto withdrew the country’s recognition of the so-called ‘SADR’, after receiving a message from HM King Mohammed VI. In addition, the newspaper recalls that William Ruto, then Deputy President, had pledged from 2021 to support the Kingdom of Morocco to achieve a just solution to the Moroccan Sahara.