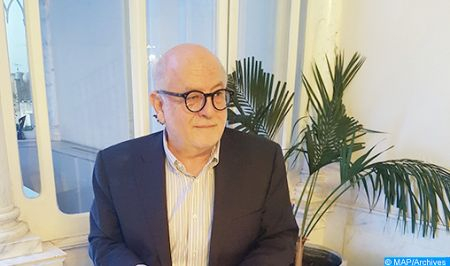 The Moroccan breakthrough in Africa is gradually consolidating after several countries of the continent have discovered that “it is no longer possible to believe in the vacuity of the slogans that the Algerian regime has supported with oil and gas money,” writes Lebanese journalist Khairallah Khairallah. In an article published in the London-based Al-Arab newspaper, Khairallah notes that the effect of oil and gas funds has expired, stressing that in the absence of such funds, Morocco has achieved progress on all fronts in Africa, not only in terms of support for the Sahara issue, but also in terms of partnership in several areas between several African countries and Morocco. “It is confusing, rather funny, that Algeria panics every time Morocco makes a breakthrough in Africa for the benefit of its national cause,” the writer says in a story published under the title “Algerian oil and gas do not make politics.” It is time for the Algerian regime to free itself from its short-sightedness, writes the journalist, adding that there is no such thing as a so-called “Sahrawi Republic” or “Polisario” and nothing comes out of nothing. The Algerian regime, which believes it has regained its vigor thanks to oil and gas money, now believes it has regained its influence over this or that African country, he says, noting that this regime has squandered these funds on a war against Morocco instead of spending them on the Algerian people, who have repeatedly proven, since the uprising of October 1988, “that they live under a regime that has no connection with him and with his real.” The Lebanese journalist noted that Kenya’s new position on the issue of the Moroccan Sahara is the beginning of the country’s awakening. Oil and gas revenues do not create a constructive policy, neither inside nor outside Algeria, he said, stressing that what makes a constructive policy is embracing the logic that the conflict over the Moroccan Sahara between Algeria and Morocco is essentially an artificial one.