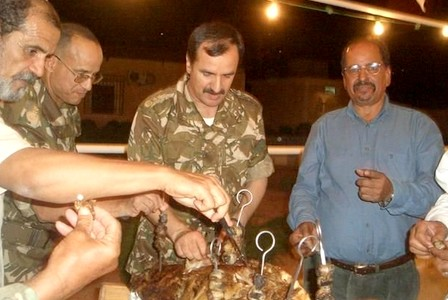 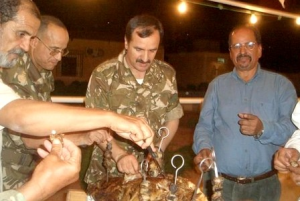 The report of the European Anti-Fraud Office (OLAF) revealing the embezzlement of the international humanitarian aid destined to the Polisario-controlled camps in Tindouf, southern Algeria, has just been published by EuBulletin, a European Union think tank.  The report leaves no doubt about the scale and the structured nature of this lucrative trafficking.

The investigation conducted by OLAF teams revealed the existence of networks involved in the large-scale diversion of the international humanitarian assistance. The networks are made up of Algerian officials and leaders of the Polisario front which is opposed to Morocco over the sovereignty of Western Sahara.

The trafficking starts upon the arrival of the international aid shipments in the Algerian port of Oran, where the traffickers sort out the products that “should arrive (in Tindouf) and the products that can be diverted.” The European Office recalls that such diversions have been going on for several years and that the EU has been earmarking € 10 million a year for the humanitarian aid to the Tindouf camps since 1975.

ECHO, the European Commission’s humanitarian aid department, “discovered the (diverted) products in the markets of Bechar (Algeria, 800km away from camps,) in Tindouf (Algeria, near the camps), as well as in Nouakchott, Chingetti and Nema (three cities in Mauritania),” say the OLAF investigators.

The European report imputes the magnitude and long duration of the humanitarian aid diversions to a deliberate swelling of the number of Sahrawis living in the camps. The figures provided by Algeria claiming that the Tindouf camps are hosting 150,000 Sahrawis are “highly overestimated.” OLAF says: “You should know that the numbers have always been given to the UN agencies by the Algerian government: neither Algeria nor the Polisario ever accepted that international bodies conduct a census of the camps populations.”

This organized and structured theft had other additional purposes. Officers of the DRS, the Algerian intelligence services, “have set up outlets, a kind of grocery stores in the camps, where the humanitarian assistance is sold to the populations.”

“This is an indirect way to lay hands on all the money circulating among the civilian population, including the pensions paid by the Spanish government to retirees,” adds the report.