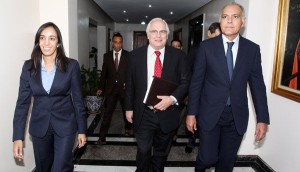 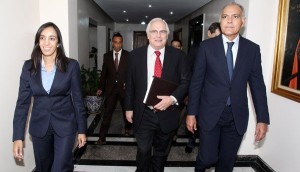 The UN mediator for Western Sahara, Christopher Ross, arrived on Wednesday in Rabat for a new North African tour that will also take him to the Tindouf camps and possibly a stopover in Algiers.

After a long period of inactivity, Christopher Ross has resumed his attempts to convince the conflicting parties to sit for direct negotiations.

The return of Ross to the region and the arrival in Laayoune of the new UN Secretary General’s Special Representative and head of MINURSO, the Canadian Kim Bolduc, took place only after all the disagreements between Morocco and the UN on the rules of conduct in the handling of the Western Sahara issue were cleared out.

The UN Secretary General Ban Ki-Moon had actually given assurances to King Mohammed VI last January 22 as to the neutrality of MINURSO, the UN peace keeping mission in Western Sahara, and his personal envoy in fulfilling their tasks part of the Western Sahara conflict settlement process.

The UN Secretary General, being fully aware of the serious terrorist threats endangering the Sahel and the Maghreb region, said he took into consideration Morocco’s comments and observations and gave firm assurances to the Moroccan sovereign as to “the neutrality, objectivity and impartiality of UN officials.” He also assured that MINURSO “will carry on its mission in strict compliance with its current mandate” which means that MINURSO mandate will not be expanded to human rights monitoring in Western Sahara as claimed by Algeria and its protégé the Polisario.

Thus, during her first visit to the Tindouf camps last Saturday, the new head of MINURSO seems to have complied with the instructions of her boss. Her speech was very restrained during her talks in Tindouf as well as in her statements to the media.

Kim Bolduc did not utter the word “self-determination”, a recurring theme in the statements of the Polisario leaders and their Algerian mentors as well as in their media. However, she said that the UN believes in “the need to reach a just and lasting settlement to restore security in the region.”

The Moroccan King’s firmness and foresight eventually put the record straight. By personally taking the matter in hand, King Mohammed VI imposed Morocco’s rules of the game by making it clear to the UN and the parties directly concerned by the conflict (Algeria and the Polisario) that there will be no settlement outside Moroccan sovereignty over the disputed territory.