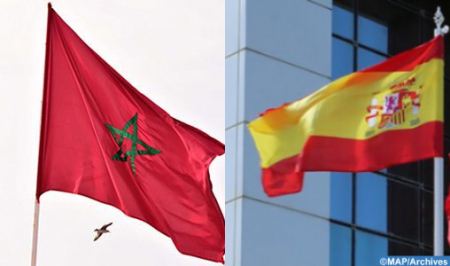 “Morocco and Spain must understand each other more because they need each other,” said María del Consuelo Rumí Ibáñez, former Spanish Secretary of State for Immigration and then Civil Service. In an exclusive interview published in the latest issue of Maroc Hebdo, the former Spanish official said this agreement “must have several aspects, including economic, social, human ones among others.” Rumí revealed she was “very happy” to see the two countries “establish a relationship of trust and transparency that is even more cemented than in the past,” saying that the future of both countries in several areas will depend. It has, in this context, argued that a new stage has already been initiated between the two countries, since April 2022 and the visit of Spanish Government President Pedro Sánchez to Morocco, at the invitation of HM King Mohammed VI. “The process of a broad and fruitful cooperation is underway. It is supported and nourished by the strategic importance of the ties that unite the two countries, especially at the economic and security level,” said Rumí. She further noted that the meeting of the High Joint Commission to be held before the end of this year should allow to discuss and strengthen bilateral ties based on more solid foundations than ever. For the former Spanish Secretary of State, relations between Morocco and Spain must be based on trust and mutual enrichment in all aspects of political, economic, social and cultural life. These relations “must remain invariable regardless of the political formations brought to power. […] If this changes, it will be a serious political blunder,” she said. Referring to the problem of illegal immigration, Rumí said that Morocco, because of its strategic geographical location, “is in a complicated situation. It is a country of destination and transit. It must therefore control all irregular immigration from the south in general and at the same time control its northern shores.” In this regard, she said that Morocco “needs a strong collaboration and external commitment, especially from Spain and the European Union,” adding that this collaboration must be reflected in the granting of the necessary funds that allow better border management. She also explained that migration and mobility are a major issue of human, social and economic development, both for Morocco and Spain, as long as it is within the framework of regular, safe and orderly migration. Regarding the Sahara issue, Consuelo Rumí believes that Spain will never change its position on this issue. “It is irreversible,” she opined. She renewed her approval of Spain’s recognition of the Moroccan autonomy plan as the most credible and serious solution for the final settlement of this conflict. “I continue to believe, with all my heart, that this is the right way forward,” she said.