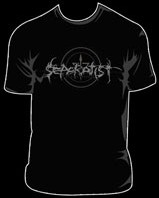 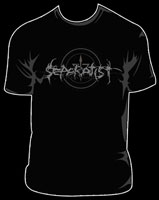 The separatists’ claims when they are not based on religious, cultural, historical or ethnic identity are perceived like the work of a fraction of dissidents in the search of a non-existent legitimacy.
In the southern provinces, the population is like in the other parts of Morocco, Muslim Sunnite of rite malekite; the language is Arabic not to forget the Hassani dialect and amazigh.  The population integration is so strong that its rupture will disorganize the whole society from north to south.
The tragedy of sequestered sahraouis inTindouf goes back to the period before and during the “Green March”for the recovery of the Sahara by Morocco.
The Sahraouis separatists and Algeria argue that the presence of Morocco in the Sahara is illegal because the populations were not directly consulted. These allegations aim to mislead the public opinion and the conscience of the political and civil society in countries supporting the views of Morocco.
Separation, even when it’s allowed legally, is discredited by ethics. The call for fraternity and peace must have an impact on the Algerian neighbor, who has the moral obligation to invest himself in the harmony and peace of the region because it worth it.
In spite the blocus instituted inside and all around the camps of Tindouf, the process of return to the motherland, Morocco, never stopped. Several families came back. The return to the motherland is the destiny of all Moroccan sahraouis citizens sequestered in the camps of Tindouf in Algeria.
The territory of the Sahara could not belong exclusively to one tribal confederation.
The rights of the inhabitants must certainly be defended, but not fall into the Utopia of “Tribal States”, which would be quite paradoxical when this same right is denied to the State nation itself.
The separatist movement of the Polisario Front character cannot affirm its independence from its upholders. The alleged nationalists of the movement are not free of their acts. If it is about tribal ambition, quite logical in the desert, in term of nationalism sahraoui, this is an imposture to which the ethics of the vicinity implies not to be part of…