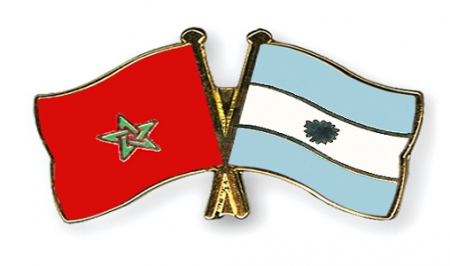 The Moroccan and Argentine parties have committed themselves, at the end of the 5th session of their political consultations, held Wednesday in Rabat, to further strengthen the political dialogue by intensifying the exchange of high-level visits, and to promote an appropriate dynamic of multisectoral cooperation, taking advantage of the potential of the two countries in various sectors, such as trade, tourism, agribusiness, cosmetics industry, environmental protection, peaceful use of nuclear energy, among others. During this session, co-chaired by the Ambassador, Director General of Bilateral Relations and Regional Affairs in the Ministry of Foreign Affairs, African Cooperation and Moroccans Abroad, Fouad Yazourh and the Argentine Undersecretary of Foreign Policy Claudio Javier Rozencwaiget, the two parties reviewed the current state of bilateral relations in the political, cultural, economic and legal framework. After expressing their satisfaction with the positive and sustained momentum of Moroccan-Argentine relations, the two officials discussed ways to give a strong impetus to their cooperation at all levels, said a statement by the Ministry of Foreign Affairs, African Cooperation and Moroccans Abroad. In order to promote economic and commercial cooperation, which remains below their potential, it was agreed to organize a Forum of businessmen on the sidelines of the next joint commission to identify on both sides the investment opportunities in both countries. In addition, the political consultations were an opportunity to examine in depth cooperation in the fields of security and the fight against terrorism as well as in terms of human rights, in view of the organization by Argentina, which currently chairs the Human Rights Council, of the 3rd World Forum on Human Rights. The meeting was also marked by a fruitful exchange on regional and international issues of common interest, including the situation in Latin America, North Africa and the Sahel-Saharan region and the Russian-Ukrainian conflict and its impact on the world scene, the statement added. The two parties are committed to pursuing an active and efficient regional cooperation, particularly in the framework of Latin American regional organizations of which Morocco is an observer member. In this context, the Moroccan side has advocated the role that can play the Argentine side for the entry of Morocco in the MERCOSUR market. The two officials also had a broad exchange of views on the promotion of triangular cooperation projects that will include, in addition to Morocco and Argentina, African countries or the European Union. At the multilateral level, both parties welcomed the exchange of reciprocal support for the respective candidacies in the various international organizations. They agreed in this regard to strengthen coordination actions both within the United Nations and in other international forums to address contemporary challenges and threats such as climate change, terrorism and immigration.