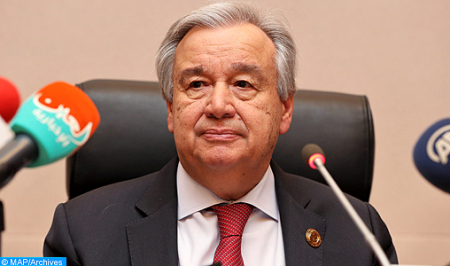 UN Secretary-General António Guterres categorically denied Algeria and the polisario’s warlike fake news as to the existence of an alleged war. In his report to the Security Council, the UN chief used the term “low-intensity hostilities” to describe the situation in the Moroccan Sahara, pointing out the number of incidents reported along to the defense apparatus in the Moroccan Sahara has decreased steadily since January 2021. Guterres called the “polisario” to order, noting that these violations of the ceasefire and military agreements are a major obstacle to the search for a political solution to this regional dispute. In this regard, he further noted that these condemnable actions and obstructions imposed on MINURSO also threaten the operational and political context in which the UN Mission operates. Furthermore, the UN Secretary-General denounced the effective renunciation of the ceasefire by the “polisario” and reminded this separatist armed group that its actions threaten the stability of the region.