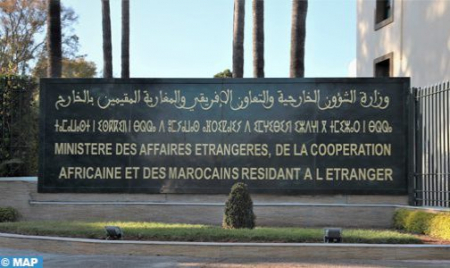 A new session of negotiations on development cooperation between the Kingdom of Morocco and the Federal Republic of Germany was held in Berlin on October 18-19, the Ministry of Foreign Affairs, African Cooperation and Moroccan Expatriates announced on Thursday. The Kingdom of Morocco was represented by a strong delegation of senior officials from various Moroccan ministerial departments and bodies, led by Redouane Adghoughi, Director of European Affairs at the Ministry of Foreign Affairs, African Cooperation and Moroccan Expatriates, the ministry said in a statement. For its part, the delegation of the Federal Republic of Germany was led by Christoph Rauh, Africa Director at the German Federal Ministry for Economic Cooperation and Development (BMZ). The work of this session was launched by the State Secretary of the BMZ, Bärbel Kofler, and the Ambassador of His Majesty the King in Germany, Zohour Alaoui. “During this session of negotiations, both parties have underlined the excellence of the renewed relations between Morocco and Germany and welcomed the exchange of messages between the German President Mr. Frank-Walter Steinmeier and His Majesty King Mohammed VI, may God assist Him, which stressed the importance of establishing a multi-dimensional future-oriented partnership between Morocco and Germany,” the statement said. The German side reiterated, on this occasion, its support for the reforms carried out by Morocco, under the leadership of His Majesty King Mohammed VI, for a more open and dynamic Moroccan society and economy, especially in light of the New Development Model and advanced regionalization. Both parties welcomed Germany’s constructive position on the Moroccan Sahara issue, which considers the autonomy plan presented in 2007 as a serious and credible effort by Morocco and as a good basis for a solution accepted by the parties. In addition, and as agreed during the exchanges between Morocco’s Minister of Foreign Affairs, African Cooperation and Moroccan Expatriates Nasser Bourita, and Germany’s Minister of Foreign Affairs Annalena Baerbock, the cooperation agenda was confirmed and will focus on several strategic priority sectors such as climate and energy, women, employment and vocational training, as well as sustainable economic development. This new session, which was also marked by the participation of the Ambassador Director General of the Moroccan Agency for International Cooperation, Mohamed Methqal, has established the triangular cooperation as a new axis of Moroccan-German cooperation, the same source added. At the end of the session, the two parties welcomed the new strategic directions and the new dynamic of their bilateral cooperation and agreed to continue the implementation of programs already underway and to launch the implementation of the new program adopted at the end of this session of negotiations. This new program, worth more than 242 million euros for the year 2023, covers several priority areas of cooperation, including those related to support for reforms, employment, green energy and sustainable economy.