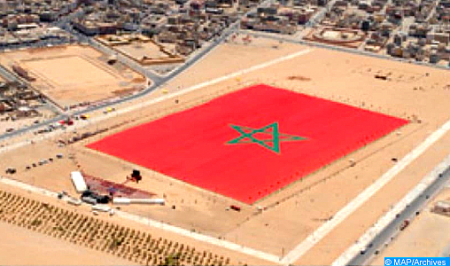 The Gambia reaffirmed, in New York, its “firm” support for Morocco’s territorial integrity and its sovereignty over its Sahara, while welcoming the autonomy initiative as a “viable solution” to this regional dispute. Speaking before the members of the 4th Committee of the UN General Assembly, the representative of The Gambia highlighted the “constructive” approach of Morocco and its commitment to dialogue to resolve the regional dispute over the Sahara, calling on other parties to show a “positive attitude” so that the political process conducted under the auspices of the UN can move towards a compromise solution. He stressed the massive international support for the Moroccan autonomy initiative that presents a “viable solution”, noting that this initiative, in accordance with international law, has been described as serious and credible in relevant Security Council resolutions since 2007. The Gambian diplomat also welcomed the efforts of the Personal Envoy of the UN Secretary-General for the Sahara Staffan de Mistura to revive the political process in order to achieve a peaceful, lasting and mutually acceptable solution, calling on all stakeholders to remain committed to the process of round tables to ensure the settlement of this regional dispute in a spirit of compromise and realism. The speaker also highlighted the efforts made by Morocco in terms of human rights in the southern provinces and the dynamic of socio-economic development that “demonstrates the investment of the Kingdom in peace and stability in the region,” noting that these development projects have improved the lives of local population.