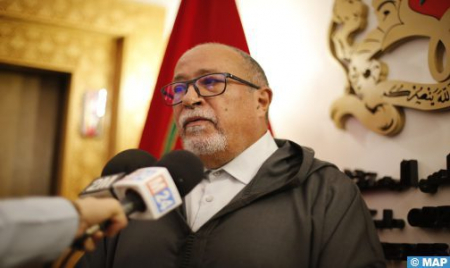 House of Advisors’ Second Deputy Speaker Ahmed Akhchichine on Tuesday met with the rapporteur of the Committee on Political Affairs and Democracy of the Parliamentary Assembly of the Council of Europe (PACE), Senator Ria Oomen-Ruijten. During this meeting, the two parties exchanged views on the various issues of political and economic cooperation between Morocco and the European Union (EU), stressing the need to further consolidate this exceptional partnership to meet the challenges ahead, especially in a very difficult international situation, said a statement of the House. On this occasion, Akhchichine insisted on the democratic values shared with the European neighbor that make the Kingdom of Morocco an example country according to the latest partnership report on democracy that unites the Moroccan Parliament and the PACE, adding that both parties are called upon to show wisdom and collective intelligence to strengthen the ties of cooperation and partnership in various fields. For her part, Senator Ria Oomen-Ruijten welcomed the partnership between Morocco and the EU, adding that she is in charge of preparing a comprehensive assessment report to review the partnership for democracy. In this regard, she indicated that the European Union is called upon, within the framework of the good-neighborhood policy, to support Morocco in its development process.