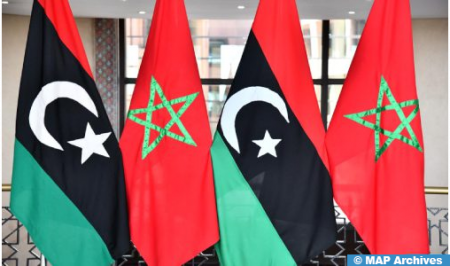 The Arab Summit stressed on Wednesday in Algiers the importance of the Libyan agreement, signed in 2015 in Skhirate, as a general framework for the political resolution of the Libyan crisis. In its resolution at the end of its 31st session, the Arab Summit highlighted the role of the Skhirate agreement in the efforts to move forward to establish a constitutional basis for the organization of the presidential and parliamentary elections in the country. The resolution also welcomed the meeting held in Morocco between the Speaker of the Libyan House of Representatives and the President of the Libyan High State Council on October 21, 2022 in Rabat to find a way out of the constitutional impasse and give a new impetus to the inter-Libyan political dialogue.