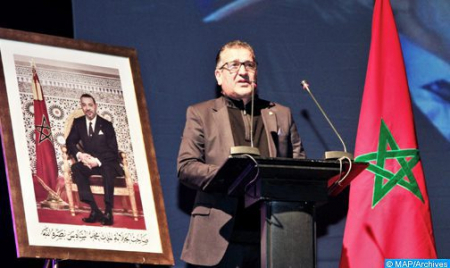 The Algerian regime has “missed an opportunity to show its maturity and rise to the level of a state” on the occasion of the holding of the Arab Summit on its soil, said writer-journalist, Abdelhamid Jmahri. The strength of the dates and the evidence of international politics establish the argument that the one who is absent from the building of the Great Maghreb and the restoration of the common Arab entity is the one who stirs up conflicts, said Jmahri in his column “Kasr Al-Khatir”, published in Thursday’s edition of the daily newspaper “Al Ittihad Al Ichtiraki”, in response to statements by the Algerian Minister of Foreign Affairs, Ramtane Lamamra in which he said, commenting on “the absence of His Majesty King Mohammed VI” from the Arab Summit that “it is for historians to judge whether there was an opportunity for the Maghreb Union and joint Arab action and identify the responsible”. In his response, Jamahri said that “neighbors recurrently perpetuate hostilities against Morocco, which is constantly working to separate its responsible and firm commitment to the side of the brotherly Arab countries and the bilateral problems with the neighbors which host the Summit”. On the other hand, the Algerian regime acted as if it was an Algerian Summit with an Arab presence, and not an Arab Summit on soil,” commented Jmahri. He added that the Algerian Minister of Foreign Affairs, in an attempt to maintain this constant hostility, evoked untruths, undermined the logic of international conduct and appealed to the confusion to cover the reality. Lamamra “may not realize that playing with words and circumventing contexts cannot deliver him from a moral shame of a state that has made hostility its editorial line, but he will understand, perhaps too late, that the force of dates and not the only date, the archives of memory, and the realities of international politics, establish the argument and the proof that the one who is absent from the Greater Maghreb and the restoration of the common Arab entity is the one who stirs up conflicts”. The editor of the daily, Al Ittihad Al Ichtiraki, wondered if Lamamra understood HM the King’s speech well when he said that the Arab Summit is an important moment in the history of the Arabs and called on Arab leaders to attend the Summit so they can save what can be saved? History always remembers that HM the King sent clear messages to Algeria to start a new page by establishing a roadmap in this direction in 2008. The same call was repeated on the occasion of the Green March speech in 2018 and the Throne Speech in 2021. Was there an acceptable political response from the Algerian regime? wondered Jmahri, “Never… On the contrary, the escalation intensified and the region was plunged into doubt. Slander and calls for war have multiplied, and the Iranian demon has been invited to the game.” Algeria has perpetually linked all its debacles to Morocco and is keen to link Morocco’s defense of its Arab position to an attempt to thwart the Arab Summit held in Algiers, wrote Jmahri. “In fact, no one is trying to derail the Summit, because Algeria is doing the job in the best way possible!”