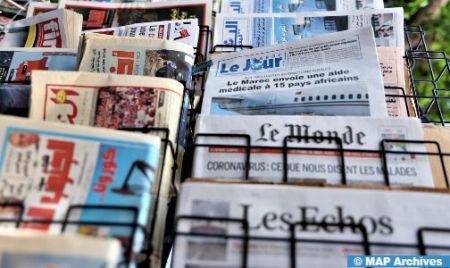 The Association of Mauritanian Journalists has strongly denounced the mistreatment of Moroccan journalists covering the Arab Summit in Algeria. In a statement, the Association said it followed with “indignation and regret, the harassment and mistreatment inflicted on Moroccan journalists who traveled to Algiers to cover the Arab Summit on 1 and 2 November, before being prevented from performing their professional duty. The association expressed its full solidarity with the journalists, harassed and humiliated by the Algerian authorities, noting that this is “a shameful act, which violates the freedom of the press and expression and the dignity of journalists.” This “harassment” began “upon [the Moroccan journalists’] arrival at Algiers airport, where they were sequestered for more than six hours, and were subjected to lengthy interrogations before being allowed by the Algerian security authorities to access the territory as tourists who do not have the right to exercise their professional duty,” the Association said. He added that the equipment and materials of the media delegation were confiscated, noting that the Moroccan journalists were allowed to enter the Algerian territory under heavy security surveillance. Subsequently, “the Moroccan journalists were informed that they were prohibited from obtaining accreditation, which prompted them to return to Morocco,” the statement concluded.