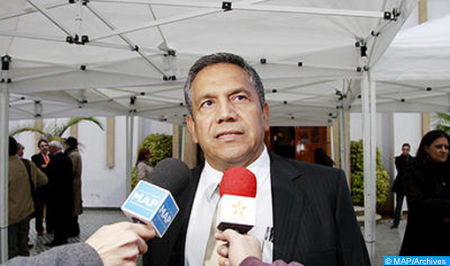 The speech delivered by HM King Mohammed VI on the occasion of the 47th anniversary of the Green March confirms Morocco’s strategy in favor of strengthening the development dynamic in its Sahara and Africa, said Mexican expert in international relations, Román López Villicaña. In a statement to MAP, this professor at the University of the Americas in Mexico City noted that Morocco has chosen to move forward in the process of a comprehensive and inclusive development of its Sahara and strengthen socio-economic projects as part of a new development model that also benefits Africa. He also said that the royal speech emphasized the role of democratically elected officials of the southern provinces in the implementation of this project, noting that this major project meets the concerns and expectations of the local population and aims to make the Sahara region a pioneering economic pole at the level of the continent. This virtuous development dynamic is able to consolidate Morocco’s ties with its African depth, not only on a civilizational, human and cultural scale but also economically and strategically, as part of a constructive and mutually beneficial partnership, said the Mexican expert. He also noted that the inter-African partnership that Morocco adopts and supports in all areas is a model to follow for the countries of the South and regional groups, especially in Latin America.