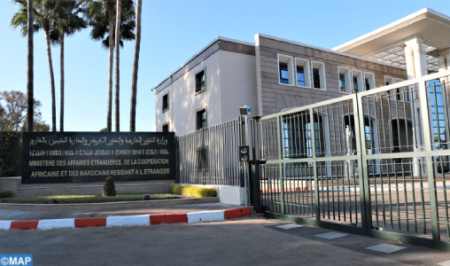 The Ministry of Foreign Affairs, African Cooperation and Moroccan Expatriates, in coordination with the Consulate General of Morocco in Istanbul, has set up a crisis cell, following the explosion that occurred Sunday in Istiklal Avenue, in the Taksim district, in the center of Istanbul. The ministry said in a Tweet that the crisis cell can be reached at the following numbers: +905352067735, from Türkiye. Or at: 0537676350; 0537676353; 0537676251. The ministry also calls on Moroccan citizens in Istanbul to exercise the utmost caution and to comply with the instructions issued by the Turkish authorities. The attack which targeted the beating heart of Istanbul, Türkiye’s main city and economic capital, left at least six people dead and dozens injured in the busy shopping street of Istiklal, according to a latest report by Turkish authorities.