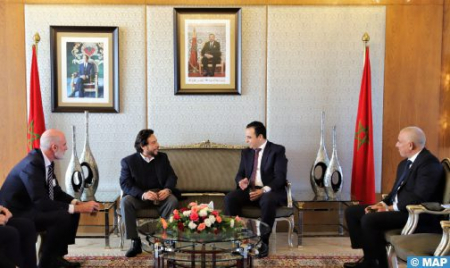 The Vice President of the Republic of El Salvador, Felix Ulloa, arrived Sunday afternoon at the Rabat Salé Airport for a visit to the Kingdom. Upon arrival, Ulloa was welcomed by the Minister Delegate for Relations with Parliament, Government Spokesperson Mustapha Baitas. During this visit, Mr. Ulloa will have a series of meetings with many Moroccan officials. The Republic of El Salvador opened last October an embassy in Morocco, the first of its kind in Africa, during a ceremony presided over by the Salvadoran Minister of Foreign Affairs, Alexandra Hill Tinoco.