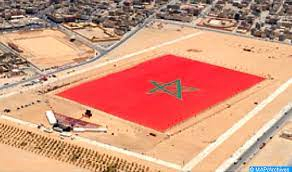 The Nordic Council has overwhelmingly rejected a draft recommendation to impose restrictions and measures on the import of products from the Moroccan Sahara. The Nordic Council, which is the official body for formal inter-parliamentary cooperation in the Nordic countries, voted in favor of the Presidency’s report, which found that the Sahara issue was not within the Council’s competence. The Presidency has not only refused to adopt the draft, but also to discuss it during the Council. The bitter failure of this draft recommendation, presented by some members of the Nordic Green Left Alliance, who sought to manipulate the Council, demonstrates once again that the maneuvers of the separatists’ proxies no longer have any followers in the Scandinavian countries. The outcome of the vote also highlights the foresight of Morocco’s embassies in the Nordic countries, which succeeded in defeating the manipulations of the opponents of the national question. The Nordic Council held its 74th session in the Finnish capital, Helsinki, between October 31 and November 3, under the theme “The future of the Nordic Region’s role in the world”. It focused on the war in Ukraine as well as the energy and climate crises. The Nordic Council is a cooperation forum for the parliamentary institutions of the Nordic countries and was established in 1952. It has 87 members from Denmark, Finland, Iceland, Norway, Sweden, the Faroe Islands, Greenland and Åland.