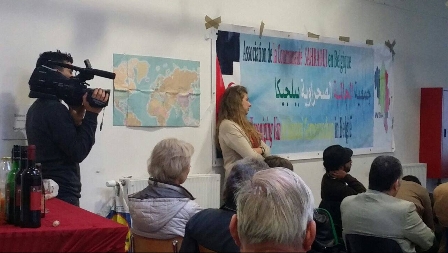 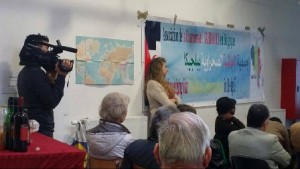 Belgium-settled Polisario activists have been photographed at a pretty boozy meeting, held on Tuesday in Brussels in the presence of European supporters of the Sahrawi separatist movement.

Belgian observers commented that the pictures, widely circulated on social networks, give a tangible evidence of how the funds lavishly donated by the Algerian military intelligence services (DRS) to the Polisario leaders and their cronies are spent. The Algerian taxpayer’s money is thus used to host drunken parties for the Polisario and its Western sympathizers, the observers said.

Some would say that the Polisario activists were just celebrating the anniversary of the fanciful Sahrawi Republic (SADR.) OK. But could not they celebrate with tea, soda or other “Halal” beverages?

The image of liquor bottles lined up on tables surrounded by members of a so-called Association of the Sahrawi community in Belgium and their European supporters is a real scandal, said a journalist from Brussels. 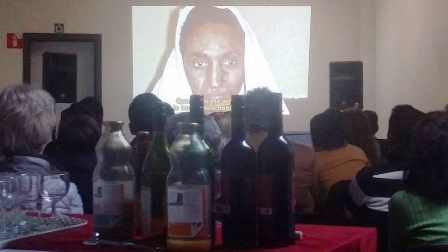 The Polisario, which complains about the decline of humanitarian aid, has just appealed, through its Red Crescent, to the international community to grant it emergency assistance to spare the thousands of Sahrawi refugees stranded in the Tindouf camps from starvation, he recalled.

He added that the scandal of massive embezzlement of international aid by Polisario leaders and Algerian officials, revealed earlier this year by the European Anti-Fraud Office “OLAF” is still vivid in the memory of the traditional aid donors.

Through its new aid appeal, the Polisario begged for $ 10 million to provide, as it claimed, for “strict food needs of the population”, but everybody knows that the funds are often misused, as evidenced by numerous international NGOs’ reports.

Following the revelations about the large-scale embezzlement of aids, the European Parliament and the Security Council have demanded that Algeria, the camps’ host country, allows the holding of a census of the inhabitants of the Tindouf camps.