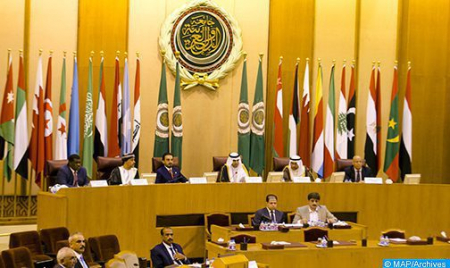 The Moroccan parliament, represented by the Moroccan parliamentary section in the Arab Parliament, will take part from January 20 to 22 in the work of the third session under the third legislature, held at the headquarters of the Secretariat of the Arab League in Cairo. The agenda of this session includes meetings of the Standing Committees and sub-committees as well as a plenary session which will be devoted to the examination of current Arab issues, the follow-up of political and social developments on the regional and international scene, in order to unify the positions of the Arab States on them and strengthen joint Arab action, the parliament said in a statement. The Moroccan Parliament is represented in the structures of the Arab Parliament by the chairman of the Economic and Financial Affairs Committee, Ahmed Ched, and by the chairman of the Arab Food Security Committee, Mohammed Bakouri, who represents the Moroccan parliamentary section in the Foreign Affairs, Political and National Security Committee, the statement said. In addition, MP Khadija Hajjoubi is vice-chair of the Committee on Social, Educational, Cultural, Women and Youth Affairs, while MP Mohamed Ayyach represents the Moroccan Parliament in the Committee on Legislative, Legal and Human Rights Affairs. The statement said that in the framework of defending the central and strategic Arab causes, the members of the Moroccan parliamentary section continue to participate in the work of the Commission for Palestine and follow the developments of the situation and the decisions it issues.