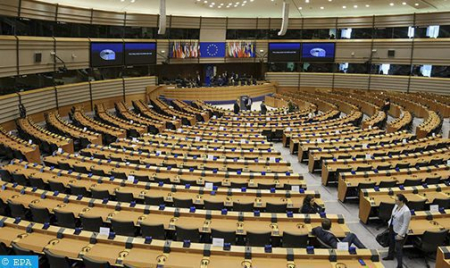 Spanish MEP Juan Fernando López Aguilar has condemned some “fiery and very offensive speeches” against Morocco in the European Parliament, asserting that the Kingdom is an “indispensable neighbor” for Europe and Spain. “The fiery and very offensive speeches against Morocco and everything related to its political and penal system […], which are heard in the European Parliament, do not help relations between the two parties,” said López Aguilar, who spoke at the Atlantic Premium Forum, organized by Diario de Avisos on Tuesday. According to the president of the Committee on Civil Liberties, Justice and Home Affairs of the European Parliament, “the use of these speeches is deeply senseless”, ensuring that the Spanish would not accept “to see reckless interventions against Spain and its institutions […] broadcast on television.” “All this ruthlessness against Morocco is not insignificant. It has consequences and they are not good […] because Morocco is our indispensable neighbor,” he insisted. “The only way [to move forward] is through mutual respect.” The Moroccan parliament announced on Monday its decision to reconsider its relations with the European Parliament by subjecting them to a global reassessment in order to take appropriate decisions following the recent positions of the European Parliament towards Morocco.