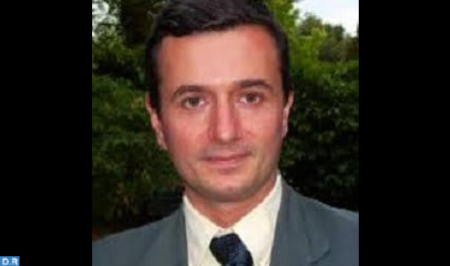 The European Parliament’s resolution on Morocco is “inadmissible and unjustified,” said Italian political scientist and writer Marco Baratto, stressing that the independence of the judiciary in the Kingdom is “unquestionable” as is its “unwavering” commitment to human rights. Morocco is sparing no effort to strengthen and modernize its legal and institutional arsenal, in accordance with the provisions of the 2011 Constitution, which attaches particular importance to the independence of the judiciary, Baratto told MAP. He further denounced the unfounded accusations contained in the European Parliament’s resolution against Morocco. “The Moroccan judicial system meets international and democratic standards. It has nothing to envy Western countries.” Instead of attacking a country whose commitment in this area is no longer to be proved, the European Parliament should turn to the “real violations” of human rights in the region, he said, noting that the latest is the ban of thirty priests from a pilgrimage to Tibhirine, Algeria. According to the political scientist, the religious, whose visas were refused by Algiers, wanted to make a pilgrimage to places dear to the memory of the Trappist martyrs of the Tibhirine crime, committed in 1996, when seven Trappist monks were kidnapped and killed from their monastery in Tibhirine. The Moroccan parliament announced on Monday its decision to reconsider its relations with the European Parliament by subjecting them to a global reassessment in order to take appropriate decisions following its recent positions towards Morocco.