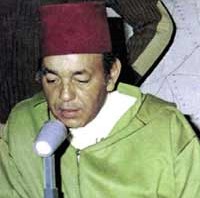 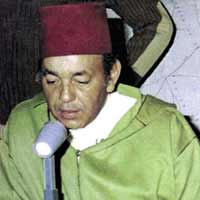 The insoluble Sahara conflict remains a wound within the Maghreb family. In spite of its dramatic character; this conflict reminds the Moroccan of their solidarity during the green march. The gift of wisdom of both, the people and the king of Morocco put in failure another “red march”, a conspiracy of the enemies of Morocco.
On October 16, 1975, addressing an important speech to the nation, the late Hassan II announced the launching of a peaceful march to recover the Moroccan Sahara then under Spanish occupation.
The “March” or “Massira” has become a reference which will allow, in all serenity, the Moroccan youth to add other glorious pages to their history. It has been proven that in the adversity, the Moroccan people know their duty in preserving their territorial integrity.
After more than 33 years, the wind of the “Green March” continues to blow on the renewed Morocco and is part of the historical conscience of the country.
Compared to other marches (the March of salt and the Long March of Mao), the “Massira” was an act of faith and the demonstration of the moral fiber of a whole people for whom the spiritual is inseparable from the temporal. The Green march showed that to the Moroccans, the union was sacred.
What is formidable about the March is the synchronization between the political call and the popular quick response. People divided for long years because of ideological views and interests, found themselves in the enthusiasm of their common past and future.
During those weeks, when all the country lived turning the eye towards the South, old men rediscovered their youth and the young people their tradition. Their motto was and still security, freedom, but also obligation to not to lose the love and the faith of the citizens for their country.
Nowadays, the young king Mohamed VI has consolidated the stability of Morocco, enabled the country to profit from a true development on the internal and external levels with confidence; confidence is not given, it is deserved.
The Moroccan citizens in the Western Sahara gave the proof that the impact of the Green march will surely continue patiently to unify the hearts of all Moroccans.