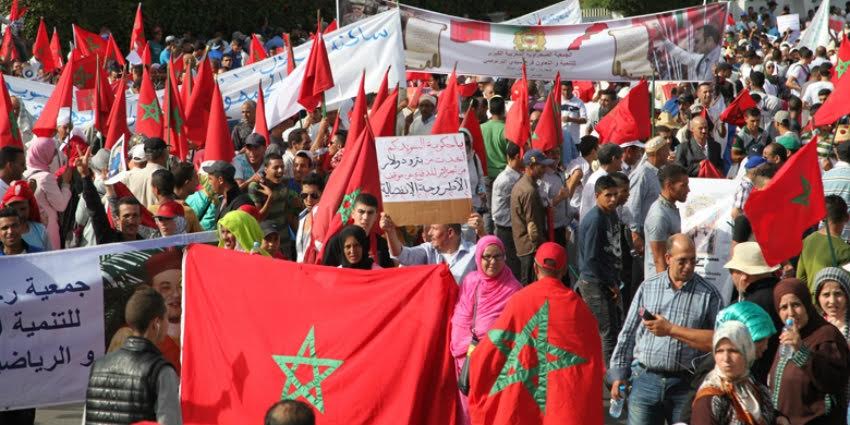 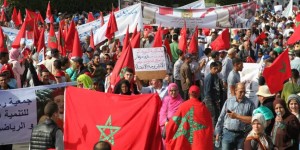 Hundreds of Moroccans living in the Scandinavian countries had a rendezvous Saturday in Stockholm, where they staged a peaceful demonstration to protest Sweden’s plans to recognize the so-called Sahrawi Republic “SADR.”

Moroccan expatriates flocked to Stockholm at the call of associations and civil society activists settled in Sweden, Denmark, Finland, Iceland and Norway. They held two rallies, one in the Gardet square, near the embassies district and the headquarters of the Swedish TV station, and the second down town in the Raoul Wallenbergs Torg square.

Despite the assurances made by Swedish government officials and members of Parliament asserting that there are no plans to recognize the Polisario and its ghostly republic, Moroccans living in Scandinavian countries insisted to stage their demonstrations and to express their firm opposition to any such project.

The Moroccan demonstrators also wanted to draw the attention of the local public opinion to the Swedish government’s standpoint deemed hostile to Morocco and to its territorial integrity. They also wanted to underline that fanning the Western Sahara conflict is likely to jeopardize the stability and security throughout the Maghreb region.

The protesters from all over Sweden and other neighboring countries were brandishing portraits of their King Mohammed VI as well as Moroccan flags and flags of their host countries, and were chanting slogans denouncing any attempt to undermine the integrity and sovereignty of their Morocco.

In statements to the media, many demonstrators voiced resolve to continue their mobilization to defend Morocco’s historical legitimacy over Western Sahara, a territory claimed by the Algeria-backed Polisario separatist Front.

They also gave a survey of this territorial dispute, fabricated during the Cold War era by the Libyan and Algerian regimes with one only goal, that of balkanizing Morocco.

Activists from the Moroccan southern provinces also traveled to Stockholm to better inform the Swedish public opinion and media about the ins and outs of the Western Sahara conflict.

These activists denounced the drama being played behind closed doors in the Tindouf camps in southern Algeria, where thousands of Moroccan Sahrawis are forcibly held. The camps populations are starving and are deprived of their most basic rights and freedoms, they said.