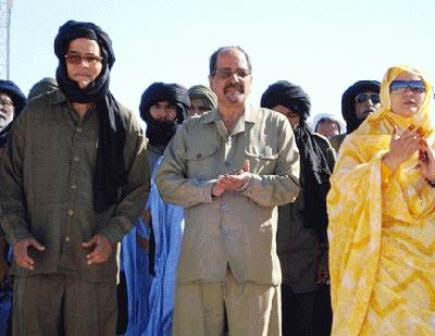 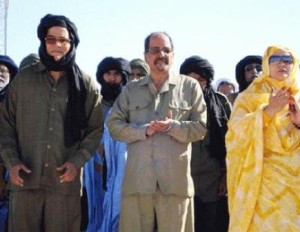 The reelection of the Polisario leadership during the separatists’ 14th congress held last December in the Tindouf camps has been decried by internal dissents and by opponents living in exile.

The head of the Polisario, Mohamed Abdelaziz, and his close aides did not have time to celebrate their reelection as protesters in Tindouf denounced this endorsement. Other Sahrawi dissidents and opponents, settled in Spain and elsewhere, joined the protest movement.
The dissident movement “Khat Achahid” (the martyr’s voice) of Mahjoub Salek, a former Polisario executive settled in Spain, has strongly challenged the legitimacy of the old / new leadership and called on Morocco to implement its autonomy plan for Western Sahara. Another Tindouf-based movement denounced, in a video posted on social networks, the  “masquerade” of the endorsement of Mohamed Abdelaziz and his cronies for a 12th term.

Mahjoub Salek’s movement denies to the Polisario leadership “the right to negotiate with the Moroccan government, on behalf of the Sahrawi people, and to decide on our destiny and our future.” Meanwhile, the “Youth for Change” movement, set up in 2014, has launched this week a distress call in the United States, asking Washington to protect its activists who are threatened by physical liquidation by Polisario torturers and security officers.

Abdelaziz and his cronies are also on the alert since the Canary Association of Victims of Terrorism (ACAVITE) announced plans to file a complaint against these Polisario members for crimes against humanity.

According to the chairwoman of this association, based in Las Palmas, Lucia Jimenez, nearly 300 Spanish citizens have been murdered by the Polisario in the 70s and 80s.

Spanish authorities have actually recognized officially and for the first time that 130 Spanish citizens from the Canary Islands have been assassinated by the Polisario.
The Spanish Interior Ministry said that the Law 29/2009 has granted to these victims “the same status as the one granted to other victims of terrorism” equating thus the acts of the Polisario to acts of terrorism

In view of these  developments, the Polisario leaders will surely think twice before considering setting foot on Spanish soil.