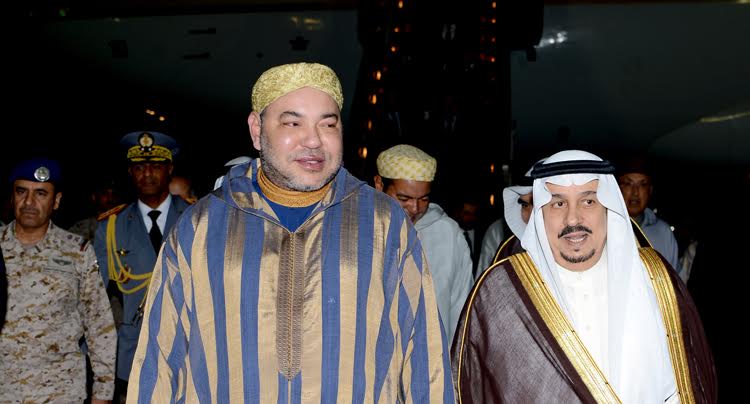 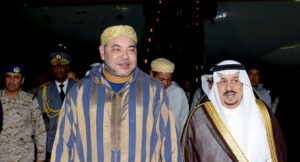 King Mohammed VI of Morocco arrived on Tuesday in Riyadh to take part, together with the leaders of the six member countries of the Gulf Cooperation Council, in the Morocco-GCC summit.

The summit, the first of its kind, aims to give a new momentum to the multidimensional strategic partnership binding Morocco to its Gulf partners.

It is also an opportunity to deepen consultation and coordination of standpoints to take up the challenges and threats facing the Arab region, to exchange views on regional and international issues of shared interest and to adopt common stands on these issues, especially in this delicate regional and international context, as highlighted in the statement issued Monday in Rabat by the Moroccan Ministry of the Royal Household, Protocol and Chancellery.

At the geostrategic level, the close cooperation between Morocco and each of the six GCC countries proved to be very fruitful and mutually beneficial.

Morocco is politically and militarily engaged, since March 2015, in the Arab coalition led by Saudi Arabia to support the legitimate government in Yemen against the Shiite Houthi rebels. The Kingdom of Morocco was also asked to join the Arab Common Defense Force set up to address the terrorist threats and to face up any foreign conspiracy targeting any Arab country.

On their part, GCC States do not skimp on providing all the necessary financial support to Morocco for its socio-economic development.

On the political and diplomatic level, Morocco is assured of its Gulf partners’ firm support to the autonomy proposal for the Sahara, a support that was renewed earlier this month by the foreign ministers of the GCC countries at a meeting they held in Manama, Bahrain, with US Secretary of State John Kerry.

These are some of the actions undertaken part of the “strategic and multidimensional” partnership sealed between Morocco and the six Arab Gulf countries since 2011.

After the Riyadh summit, King Mohammed VI plans to pay “brotherly and working visits” to several Arab countries in the region. These visits are likely to further strengthen bilateral cooperation between Morocco and each of these countries.