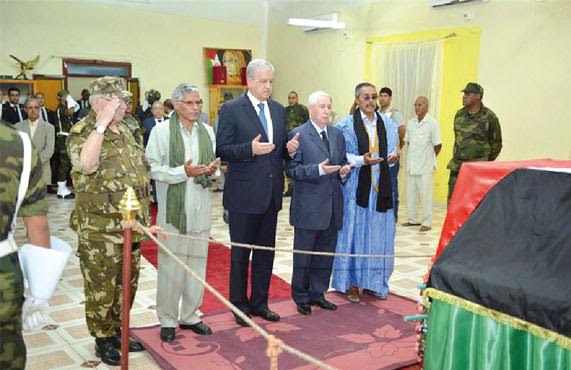 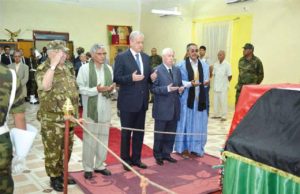 An insignificant number of foreign delegations made the trip to Tindouf last Saturday to attend the funeral of the Polisario Chief, Mohamed Abdelaziz, who died on May 31 at a clinic in Minnesota in the United States and whose corpse was repatriated last Friday.

Contrary to Algerian officials’ expectations and claims that were as usual widely relayed by the local media devoted to the Algerian regime, the funeral ceremony was attended by a number of Algerian civilian and military officials, and some Polisario leaders and executives of the so-called Sahrawi republic “SADR.”

Only an insignificant number of foreign officials showed up at the funeral in Bir Lahlou, a Moroccan village located in the buffer zone established under the 1991 cease-fire agreement.

In addition, many Algerian journalists were denied permission to cover the funeral, as Algerian authorities feared to see details of the ceremony published in the press.

The foreign media could not either get the pass to go to Tindouf and Bir Lahlou. Reporters without Borders (RSF) has vehemently denounced the ban.

However, senior Algerian officials made the trip to Tindouf airport Friday, June 3, to receive the coffin. On the tarmac of the airport, it was noted the presence of the Senate President, the Prime Minister, who was accompanied by several members of his government, and the Chief of Staff of the Algerian Army, General Ahmed Gaid Salah.

On Saturday, the day of the funeral, only a hundred people, as shown by the pictures published by the media, accompanied Mohamed Abdelaziz to his final resting place in Bir Lahlou. Abdelaziz’s last wish was to be buried in Bir Lahlou.

In its issue of June 4, Spanish daily “El Pais” commented “the insignificant international presence at Mohamed Abdelaziz’s funeral translates the isolation of the Polisario on the international scene.”

Observers who closely follow the Western Sahara issue believe that the absence of high-ranking foreign delegations at the funeral reflects the isolation and dislocation of the Sahrawi separatist movement that has lost much of its credibility on the international arena and that is only backed by its mentor, Algeria.