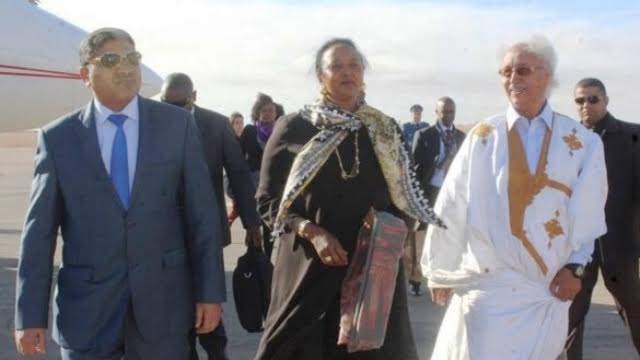 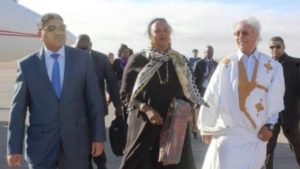 Kenya’s Foreign Minister Amina Mohamed made an odd trip to the Tindouf camps in southwestern Algeria on Sunday, December 4, while she is in the midst of her campaign for the presidency of the African Commission, currently held by South African Nkosazana Dlamini-Zuma.

The Kenyan official, who is vying for the much coveted position, seems eager to follow the same path as Zuma, who, like her country’s Government, has openly sided with the Algerian regime and backed the whimsical ambitions this regime tries to fulfil through the separatist Polisario Front.

Dlamini-Zuma, who ambitions on her part to succeed her ex-husband Jacob Zuma at the head of the ruling African National Congress (ANC) at the end of her term in January, has never hidden her hostility towards Morocco. She was thus obeying the orders of Algerian leaders who always come to her rescue whenever she needs it.

Amina Mohamed’s trip in Tindouf can only be seen as a provocative act vis-à-vis the Moroccan Government and people, since the main purpose of the visit is to please Algerian rulers and obtain their support in the coming election of the African Commission President.

The author of the article, published on Tuesday, December 6, noted that Nairobi’s position on the Sahara issue does not get unanimous approval in Kenya. The journalist also criticized the Kenyan Foreign Minister for her statements in Tindouf, where she expressed her country’s support for the pseudo-Sahrawi republic “RASD.”

Several observers underscored the Kenyan official’s blunder when she used the Polisario as a trump card to fulfil her political ambitions, knowing that the “SADR” is not recognized by the UN and is only supported by a minority of member states within the African Union.