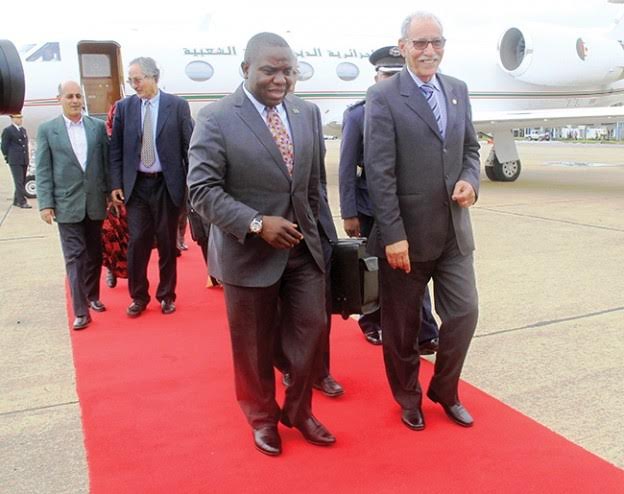 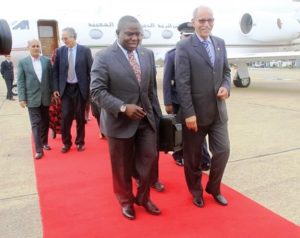 As the 28th Summit of the African Union (AU) planned for the end of January in Addis Ababa, Ethiopia, nears, panic is gripping the Polisario leaders who fear to see their pseudo-Sahrawi republic shattered, according to experts knowledgeable of the Western Sahara conflict.

The Polisario leaders’ agitation is exacerbated by the return of Morocco to the AU. Morocco’s return to the AU, backed by no less than 38 member countries of the pan-African organization, might actually speed up the eviction of the so-called “SADR” from the AU.

It is in this context that the Polisario Chief, Brahim Ghali, was instructed by Algerian rulers to visit some African countries, mainly Anglophone ones, which still support the separatist claims of the Polisario.

After his visit to Pretoria where he received the support of South African President Jacob Zuma, a fierce opponent of Morocco, Brahim Ghali flew aboard an Algerian plane to Lusaka, where he received the same promise of support from the Zambian president, Edgar Lungu. But, are Lungu’s promises trustworthy? He constantly changes his mind and stand. One day he would announce that Zambia recognizes the pseudo-Sahrawi republic (SADR), self-proclaimed by the Polisario and its Algerian mentors, and the following day he would withdraw this recognition. It all depends on how much petrodollars Algeria is offering him.

For his part, the South African President Zuma, who is at grips with numerous financial and corruption scandals at the end of his term, utilizes the historical influence of his country only on small Anglophone countries, to snatch their support for the Polisario.

Zuma’s position is not justified by ideological principles, but rather by the desire to preserve his own interests with the Algerian rulers who are as corrupt as he is. But it is true that “birds of a feather stick together.”

With the slight rise in oil prices, the Algerian diplomatic machine resumed its leadership war against the Moroccan neighbor and would surely spare no means, whatever unorthodox they may be, to bar the way to Morocco’s return to the UA.

Despite Algerian support, experts explain that the Polisario is increasingly isolated on the international scene. The separatist front lost much ground at the level of the UN as well as at the level of Europe and Africa.

A growing number of countries have actually withdrawn their recognition of the separatist entity and their support for its territorial claims, thanks to an unprecedented Moroccan diplomatic breakthrough in the continent.