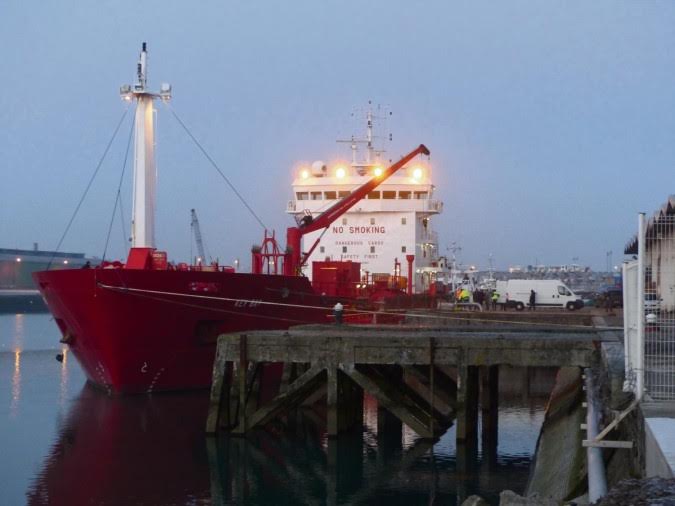 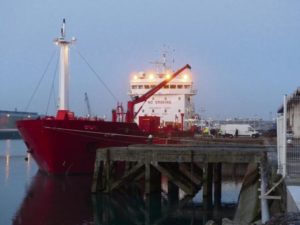 The Algerian media and the Polisario, which deceptively claims to represent the interests of the Western Sahara, have suffered another scathing failure in their attempt to prevent the “Key Bay” ship from disembarking at Fécamp port its cargo of oil fish from Laâyoune (southern Morocco.)

A photo published on Friday, January 20 by French newspaper “Paris Normandie” shows some twenty Sahrawis, supported by a handful of French activists, gathered at Fecamp port. They were trying to prevent “Key Bay”, flying the flag of Gibraltar, from debarking, arguing that the ship is not allowed to transport goods originating from Western Sahara.

For the Polisario protesters and their European sponsors, the cargo violated a 2015 judgment of the Court of Justice of the European Union claiming that the Morocco-EU association accord does not cover Western Sahara. But they deliberately forgot to mention that this same judgment was annulled at the end of 2016 by an EU Court of Appeal.

These protesters should also be reminded that the same court ruled that the Polisario “has no standing” to represent the Sahrawis and the interests of Western Sahara, and that therefore, the Polisario’s claims that it is “the exclusive representative of the Sahrawi people” are unfounded.

The Polisario puppets have even filed two complaints against the company owning the boat for alleged “economic discrimination and origin fraud” and “importation of goods without a valid declaration of origin.”

Sea Tank Chartering, the manager of the Norwegian headquarters of Key Bay, reacting to the uproar stirred by the Polisario and its supporters, issued a statement that was relayed by Reuters and Europa Press.

“The vessel acted in accordance with the guidelines established by The Organization for Economic Cooperation and Development (OECD)”, Sea Tank Chartering said in the statement, explaining that the verdict on the Morocco-European Union agricultural agreement rendered by the European Court of Justice at the end of 2015, was annulled by the European Court of Appeal in late 2016.

The Algeria-backed Polisario failed to defend, before the United Nations and the international community, its chimerical independence claims and its allegations about human rights violations in Western Sahara. The separatist front suffered repeated setbacks at the European and African levels. Now, with the imminent return of Morocco within the African Union (AU), it should be preparing for the worst as more difficult times are laying ahead.