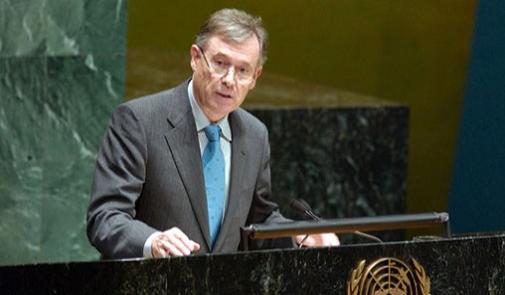 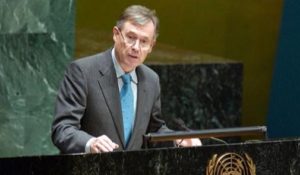 German Horst Koehler, the new Personal Envoy of the UN Secretary-General for the Sahara, is about to undertake his first tour of the Maghreb countries to re-activate the stalled negotiations process.

The former German president, who took up his functions in New York early September, expressed his intention to embark on his new mission, but without revealing his agenda.

UN Secretary-General Antonio Guterres “welcomed the intention of his Personal Envoy to travel to the region”, while stressing “the importance of the visit to relaunch the political process in a new spirit and a new dynamic, in accordance with Security Council resolution 2351 (2017), “it was stated at the UN.

However, the UN emissary is likely to run up against the stubborn opposition of Algeria and of the Polisario leaders to the goal set by the UN: bringing the political process back on track in a new dynamic and a spirit of realism, as stressed by the Security Council in its 2351 resolution.

The self-determination referendum option being unworkable and impracticable, as recognized by the UN itself, there remains the Morocco-proposed autonomy initiative for the Sahara. Apart from the fact that it was at the origin of the launch of the negotiation process in 2007, the autonomy plan is welcomed by the Security Council as a “serious” and “credible” basis for the settlement of the Sahara issue.

The problem is that Algeria and the Polisario reject the autonomy solution, preferring to nurture the Sahrawi republic whim, an entity ostentatiously dubbed RASD by its Algerian creators more than forty years ago, but which has no political or legal existence on the ground and which is not recognized by the UN or by any major world capital.