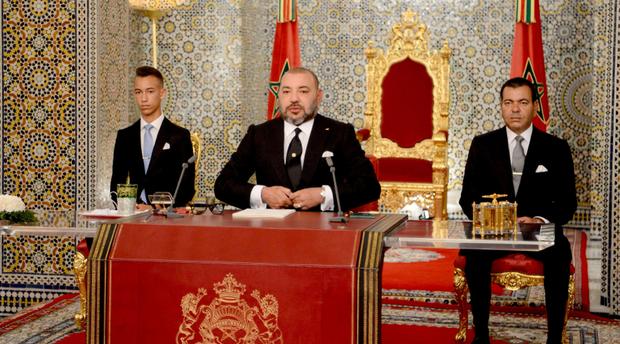 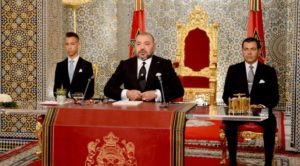 King Mohammed VI of Morocco reaffirmed on Monday that no settlement of the Sahara issue is possible other than within the framework of the Kingdom’s full sovereignty over its Sahara, and within the autonomy initiative.

In a speech delivered on Monday night, on the occasion of the 42nd anniversary of the Green March celebrated by the Moroccan people this November 6, the King stressed that at the international level, Morocco remains committed to engaging in the current dynamic wanted by the UN Secretary General Antonio Guterres, and to cooperate with his Personal Envoy in handling this issue.

This will be the case however, he said, “as long as the principles and terms of reference on which the Moroccan position is based are respected”.

Among these principles, the sovereign mentioned in the first place, the fact that “no settlement of the Sahara affair is possible outside the framework of Morocco’s full sovereignty over its Sahara, and outside the Autonomy Initiative, which has been declared as serious and credible by the international community”.

The King of Morocco emphasized, secondly, the evidence that “the problem is not so much finding a solution to this issue, but rather defining the process that produces it”, before adding it is therefore incumbent on the parties that have created this dispute to assume their full responsibility in order to reach a final settlement.

For the treatment of this artificial regional conflict, the sovereign believes, as a third principle, that the Security Council, is “the only international body tasked with overseeing the settlement process” of the Sahara conflict.

Fourthly, the Moroccan sovereign reaffirmed “the outright rejection of any transgression or any attempt to infringe on Morocco’s legitimate rights or its best interests,” and “the rejection of any obsolete proposals designed to divert the settlement process from the terms of reference set, or to introduce or impose other issues which are dealt with by other relevant bodies.”

At the national level, King Mohammed recalled, “I have said on many occasions that we will not sit by and wait for the desired solution to be found. Instead, we will press ahead with our endeavors to promote development in our southern regions and offer our populations there freedom and dignity”.

In this regard, the Sovereign went on to say, “we shall continue to apply the development model specifically designed for these regions and seek, in parallel, to implement the advanced regionalization plan, which will enable the inhabitants of the region to run their own affairs democratically and to contribute to its development”.