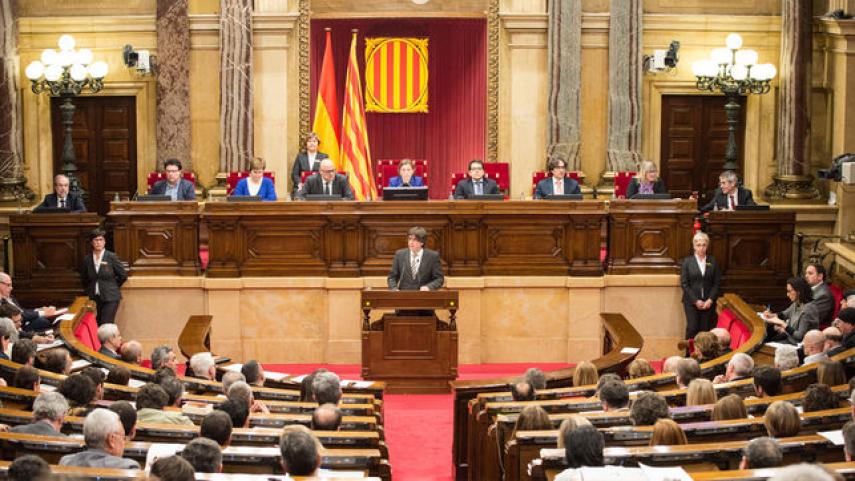 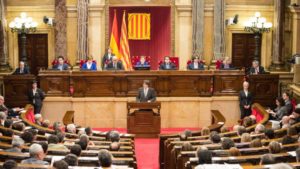 The Algerian regime, which has always claimed it defends the principle of peoples’ self-determination, ignored this principle in the case of Catalonia, out of fear to irritate Madrid in the Western Sahara issue, a priority of Algerian foreign policy.

While defending the pro-independence demands of the Polisario Front against the sovereignty of the Moroccan neighbor, the Algerian government expressed to Madrid its commitment to “the integrity and unity of the Kingdom of Spain”.

Reacting to the unilateral proclamation by the Catalan Parliament of the independence of the Autonomous Region of Catalonia, the spokesman of the Algerian Foreign Ministry, Abdelaziz Benali Cherif, told the local media that Algeria “reiterates its attachment to the integrity and unity of the Kingdom of Spain”.

The spokesperson pointed out that Algeria, which “is bound to Spain by a Treaty of friendship, neighborliness and cooperation and by outstanding traditional relations, underpinned by a high-level political dialogue and substantial economic cooperation, has full confidence in the ability of the Spanish people and authorities to overcome the current situation and to resolve the crisis within the framework of the respect for the Constitution and democratic institutions of the Kingdom of Spain”.

In the case of the Moroccan Sahara, Algiers adopts a diametrically opposed position, notwithstanding the similarity with Spanish Catalonia.

The Algerian regime has even spent billions of dollars, during the last four decades, to finance its diplomatic propaganda, media campaigns, and lobbying firms in an attempt to impose on the Moroccan neighbor the self-determination referendum option.

Algeria actually tried hard to impose the separatist Front Polisario, which it created only in the early 1970s, and its self-proclaimed “SADR”, which has never been recognized as a sovereign state by the United Nations.

The Polisario was a pure creation of the Algerian regime under the mandate of the late President Houari Boumediene in 1976, a year after the Green March that spelled the end of the Spanish occupation of the Sahara and allowed Morocco to recover peacefully its southern provinces. Will the message ever be well received?