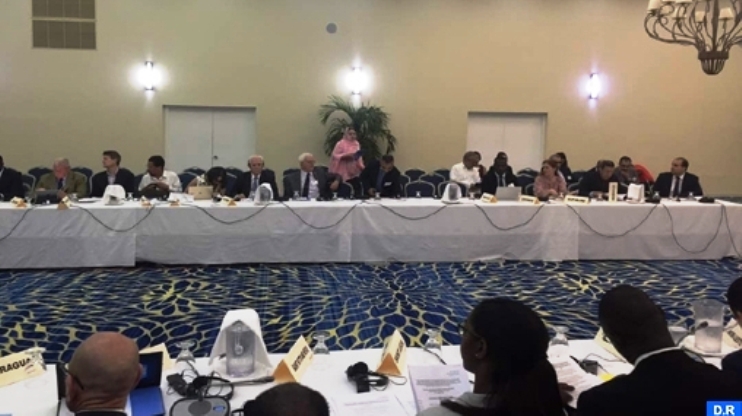 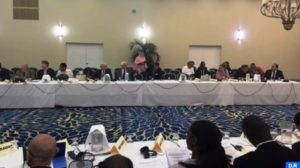 For the first time, two elected representatives from the southern provinces were unanimously invited by the members of the Committee of 24 (C24) to take part in a regional seminar of the 4th Committee of the UN General Assembly, held this May 9 to 11 in Granada.

This participation constitutes a diplomatic and political breakthrough for Morocco as regards the Sahrawi populations’ legitimacy to be represented at international bodies.

This is actually a historic turning point in the United Nations, which confirms the democratic legitimacy of elected officials of the Moroccan Sahara to represent the population of the region, said the Foreign Ministry in a statement.

The two Moroccan Sahrawi elected representatives, Mrs. Ghalla Bahiya, Vice-President of the Dakhla Oued Eddahab region, and Mhamed Abba, Vice-President of Laayoune region, took part in the C-24 meeting at the invitation of the chairman of this Committee, Ambassador Walton A. Webson, Permanent Representative of Antigua and Barbuda to the United Nations. The diplomat extended the invitations to the two Sahrawi officials, on behalf of all the Committee members.

This participation is not only a stinging disavowal of the Polisario’s fallacious claims to be the “sole legitimate representative” of the Sahrawi populations, it also translates “the recognition by the international community of the democratic and representative nature of the elections that took place in the Sahara” in 2015 and 2016.

Moreover, even the former Advocate General of the European Court of Justice Melchior Wathelet had denied to the Polisario the quality of “legitimate representative” of the Sahrawi populations.

In an opinion he delivered in 2016 on the renewal of the farm deal between Morocco and the European Union, Melchior Wathelet denied to the Polisario any legal right to challenge economic decisions and agreements, considering that the front has no legitimacy to defend the economic and commercial interests on behalf of the people of Western Sahara.