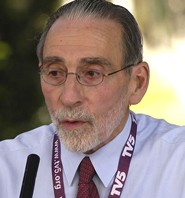 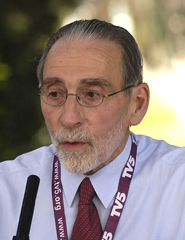 According to Maximo Cajal, a former Spanish diplomat, the possibility to create an independent entity in the Western Sahara will constitute a threat for Spain, former colonial power, to be added to the other existing threats, such as terrorism, drug trafficking, illegal migration, mafia networks, etc. Hence, he considers that Spain has to avoid such a drift, as such a Sahrawi “state” possibility, under the Algerian supervision, would quickly become a source of conflicts and threats for the region as a whole, including Spain, taking into consideration the neighborhood with the Canary Islands.
The creation of a Sahrawi republic, he explains, in a political article published by the Spanish newspaper El Païs, will constitute an insecure place for Morocco, but also and specially for Spain to start by the Canary Islands (…). If we consider, today, the lands spreading over the borders of the Algerian and Moroccan desert and the porous limits of Mauritania and Mali, namely the Sahel region, as already constituting a real shelter for terrorism. What would be worse is to add to this huge space, some other 250.000 km2 of desert, situated inside Morocco, a hundred km far from the Canary Islands”.
It is also a dangerous option, taking into consideration the immense Sahrawi lands next to Mauritania, Mali and the Niger, found to be porous and uncontrollable, sheltering Jihadi or rebel movements, as well as all other kinds of trafficking or smuggling directly threatening, not only the weakened economies of the neighboring countries, but also the states with colonial inherited frontiers being fuzzy and infiltrated by all kinds of rebellion and armed movements. The region has become, according to the international circumstances, the new cradle of Al Qaeda being in full organizational and tactic change.
What kind of future can be expected for such a micro state, subservient to Algeria, over an immense territory with a small population, torn tribes and separated families, due to the antinomic and contradictory choice of members of the same family (some integrating Morocco, others Mauritania, and others still prefer to settle in Spain)? What kind of future can we hope for, with such structural constraints and within such a hostile environment?
For the region, it would be a permanent source of destabilization, insecurity and real threats with an eventual open war between its major belligerents.
As for the Sahrawi population, Maximo Cajal reaffirms the tribal and nomadic character of this population that has never constituted, in the past, an autonomous national entity as it shares ethnic and cultural features with other tribes from other Moroccan provinces. The Sahrawi “people” notion has been created by the Spanish colonial State in order to frustrate the Moroccan claim to the Sahara territory. Since then, the Polisario and its substitute the “SADR” have become a real regional threat, a time bomb for the entire region. Consequently, he considers that it is urgent to find a fair and realistic solution to this issue as part of the relevant UNO resolutions.