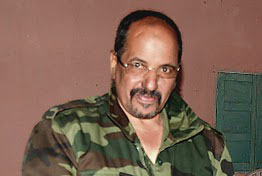 The dissident wing of the Polisario, Khat Echahid (Voice of the Martyr) denounces once again the course of action undertaken by Polisario leadership in pursuit of negotiations with Morocco, under the UNO leadership. An extremist and obscurantist line that extends the ordeal and agony of the sequestered populations in Tindouf in the Algerian South-West, enriches, at the detriment of the Sahrawi tribes and families of Lahmada camps, the Polisario leaders and serves the black intentions of Algiers governing persons.
Khat Echahid considers that it is time to end all this by changing the obsolete leadership of the Polisario and seriously negotiating with Morocco, based on the pertinent decisions and recommendations of the UNO and as part of the Moroccan Initiative to grant a wide autonomy to the Sahara territory.
Leaders of Khat Echahid movement, present in Tindouf camps or settling in the neighboring countries, denounce also mismanagement, corruption, trafficking and the misappropriation of the international aid, resold in the markets of the African Sahel countries while the life conditions of the Sahrawi populations retained in Tindouf camps are awful. Sahrawis live in camps within an intolerable climate of suspicion, fear and terror, under the custody militia of the Polisario and the eye of the Algerian military, without hope and without any future for disillusioned coming days.

Hence, the leaders of the dissident movement loudly and strongly proclaim their opposition to the current Polisario leadership, shady and obedient to Algiers orders, denounce the catastrophic management of camps, the evasion of these and the bad faith of negotiators and claim to be ready for negotiations to reach, with Morocco, a global and consensual solution for the conflict, mainly as the Moroccan project of internal autonomy of the Sahara territory opens serious and promising perspectives to the current deadlock having lasted too much and which can only be worsened, taking into account the threats weighing down on the region in terms of terrorism, religious fundamentalism, trafficking and organized crime.