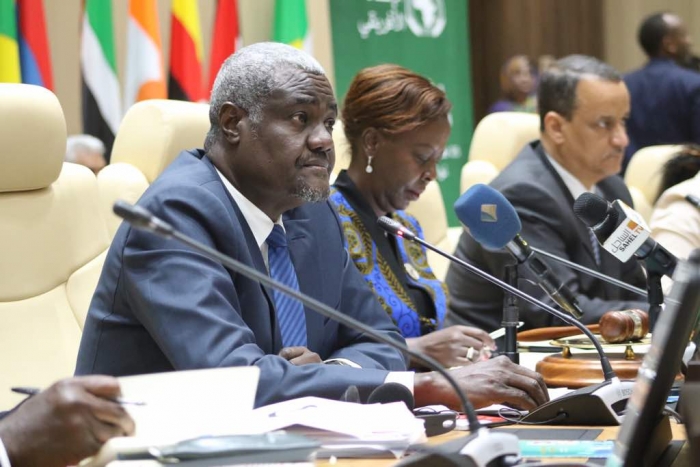 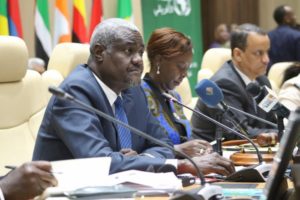 The report on the Moroccan Sahara conflict that AU Commission Chairman Moussa Faki Mahamat presented to the delegations attending the 31st African Union (AU) Summit, held in Nouakchott July 1-2, has been considered balanced by the Moroccan delegation.

The Moroccan delegation, led by Foreign Minister Nasser Bourita, expressed satisfaction over the content of the AU Commission report on the Sahara. The report is to be discussed behind closed doors at the Conference of African Heads of State.

In this report, Moussa Faki suggests the creation of an African mechanism to support the efforts of the United Nations in its search for a solution to the Sahara conflict. This could take the form of a high-level panel including the troika of the pan-African organization, namely the current AU Chair, his predecessor and his successor.

The Moroccan officials’ satisfaction stems above all from the fact that the report recognizes the primacy of the UN process in the Sahara issue, contrary to the expectations of Algeria, South Africa and their protégé, the Polisario, which want the AU to be directly involved in this conflict.

Thus, paragraph 20C underlines “the need for the AU to put its approach in the framework of a reinforced support to the efforts of the United Nations Organization, to increase its chance of success”. In other words, the point is that the AU would not develop a process parallel to that of the United Nations, an approach that falls in line with Morocco’s stand, which has always defended the exclusive leadership of the UN in handling this issue.

Moreover, King Mohammed VI and the head of Moroccan diplomacy, Nasser Bourita, clearly explained Morocco’s stand to Moussa Faki Mahamat during his visit to Rabat on June 5 and 6, stressing the “central role of the united Nations in handling the negotiation process”.

They also warned “against the risks of a parallel process”, recalling that the Pan-African organization had “excluded” itself from efforts to find a political solution to the conflict when it unilaterally accepted the membership of the so-called Sahrawi Republic, “SADR”, although the entity has never been recognized by the UN, as a sovereign state.

The Algerian and Polisario leaders would find it hard to swallow the AU Commission’s report. Even if there were no official response on their part, the Algerian media alluded to the document in bitter words.