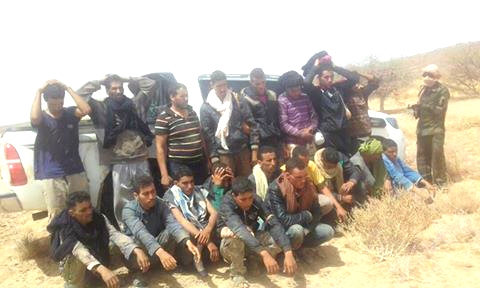 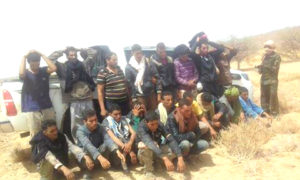 The 19 Moroccan Sahrawis who were intercepted in July 2017 by Polisario armed militias near the Moroccan defense wall and sentenced to 15 to 16 years in prison for alleged drug trafficking, managed to escape last week from a prison in Tifariti, reports the website “futurosahra” close to the separatist front.

A group of “drug traffickers”, made up of 19 Sahrawis, escaped from prison under the eyes of elements of the “Sahrawi army,” reported Sunday the website.

While the news was not reported by other Polisario media nor by Algerian media that serve as the separatists’ voice, “futurosahara” argued that the prison break out undermines the reputation of the “Sahrawi Liberation Army”. It called for “punishing those responsible for this scandal”.

The media also pointed out that “the Ministry of Defense which announced with great fanfare the arrest of 19 Moroccans is now called to provide explanations about what happened near Tifariti, in the Second Military Zone”.

The escape of the 19 inmates, native of the Moroccan southern provinces, was “orchestrated by drug trafficking barons, backed by Moroccan intelligence in the Mauritanian town of Nouadhibou”, claims “futurosahara”. The media also pretends that the Polisario militiamen, in charge of the prison, “were generously bribed” to make the breakout possible.

Futurosahara said that the escape was confirmed by the so-called Sahrawi “Defense Minister” without revealing more details.

According to their relatives, the 19 Sahrawis who were arrested last year in the Aghchan Lbyad area near Gueltat Zemmour, have no connection whatsoever with drug trafficking and just got lost in the vast desert at the border between Morocco and Algeria.