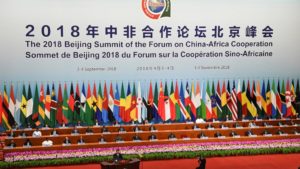 The Polisario has not been invited to attend the third China-Africa Forum, which is being held in Beijing September 3-4 with the participation of leaders and heads of government of 53 African countries, including Morocco.

Morocco is represented by a delegation led by head of government, Saad Eddine El Othmani.

Unlike the African Union-European Union Summit of November 2017 held in Abidjan, Côte d’Ivoire, when the Polisario was invited to attend, under the pressure of Algeria and South Africa, no representative of the separatist front was present in Beijing at the opening the China-Africa summit Monday (Sept.3).

The Chinese government has not sent an invitation to the leaders of the self-proclaimed Sahrawi republic “SADR” for the simple reason that China, like the UN, does not recognize this entity.

In 2015, when Morocco had not yet returned to the African Union, Beijing had pressured South Africa, host of the 2nd edition of the Chinese-African Forum, to exclude the Polisario Front from the meeting.

China, which is confronted, like Morocco, to secessionist problems with the cases of Taiwan, Tibet and Hong Kong, whose legal status has not yet been defined, does not recognize the ghostly “SADR” and rejects any rapprochement with the Polisario leadership.

Even in the UN Security Council, China, which is one of its five permanent member states, has always shown reservations and neutrality in handling the Western Sahara issue.

As a reminder, last April 29, during the vote in the Security Council of resolution 2414 on the Sahara, China abstained.

It is for all these reasons that the so-called “SADR” and the Polisario have been sidelined by Chinese authorities.

The sum will be distributed as credit lines ($20 billion), subsidies, interest-free loans and concessional loans ($15 billion), special funds ($10 billion), and support for imports from Africa ($5 billion). Chinese companies will be encouraged to invest “at least $10 billion” in Africa over the next three years, the Chinese President said.