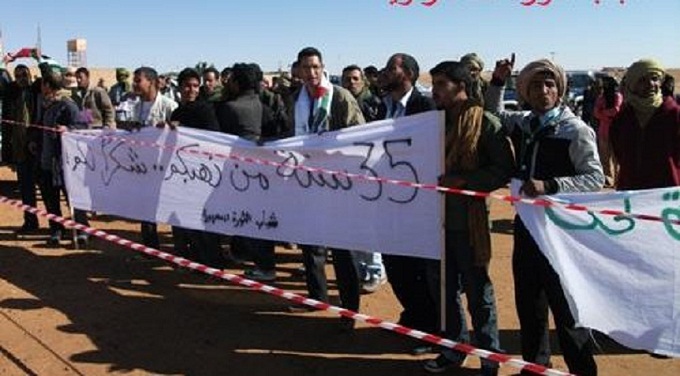 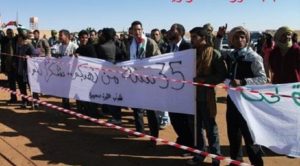 A former Polisario executive, who was in charge of overseeing the conveyance of international humanitarian aid from the port of Oran (northern Algeria) to the Tindouf camps, revealed last Friday, how the aid was systematically diverted instead of being handed over to the needy populations of the camps.

Addressing the 4th Committee of the UN General Assembly, the Sahrawi petitioner, Hamada El Bihi asserted that the Tindouf camps are actually used as a mere “business” by the Polisario leaders who continue to profit from the status quo and build up wealth abroad to the detriment of the Sahrawi populations.

El Bihi explained that the Polisario leaders and their Algerian mentors oppose any census operation of the Tindouf camps populations, for fear to see the real numbers revealed, numbers that are far below the inflated figures they put forward.

Despite repeated calls from the UN Security Council and specialized agencies, Algeria still refuses to allow such a census by the High Commissioner for Refugees (UNHCR), making of the case of the Tindouf camps “refugees”, a unique case in the world.

The petitioner explained that it is for this reason that the European Union, after it took note of the massive diversions of humanitarian aid and after it realized that the Polisario was inflating the number of refugees to obtain more assistance, drastically reduced its aid by limiting it to 90,000 people instead of the 160,000 declared by the separatist front.

The Polisario also plays with the figures to justify its self-proclaimed status of “sole and legitimate representative” of the Sahrawi populations, Hamada El Bihi added. He said the figures put forward by the Polisario are far from reflecting the reality on the ground, because, he said, the number of sequestrated people in the Tindouf camps cannot, in the best cases, exceed 40 to 50 thousand people.

Therefore, the Polisario used to receive from the European Union three times more assistance than needed on the basis of the 160,000 refugees it claimed. The separatists have thus been diverting the assistance for years, as revealed in 2015 by the European Anti-Fraud Office (OLAF) in a damning report on the large-scale and systematic diversions of humanitarian aid destined to the Tindouf camps, the Sahrawi petitioner stated.