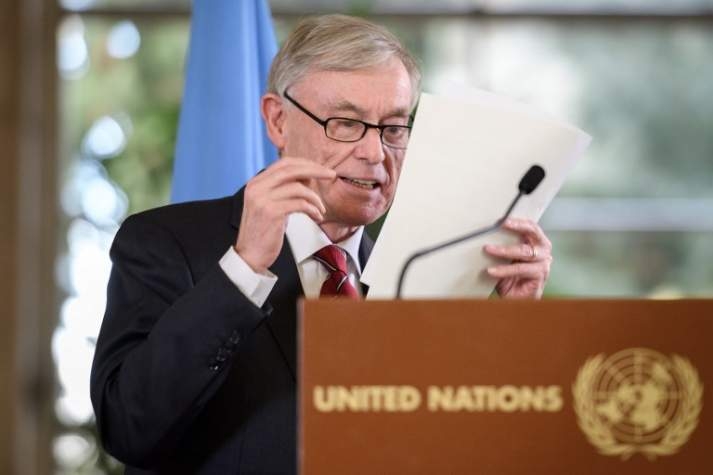 The two-day round table on the Sahara conflict, held at the invitation of UN envoy Horst Köhler, ended on Thursday (December 6) in Geneva, on a note of optimism of all the participating parties (Morocco, Algeria, Mauritania and the Polisario).

During a press briefing on Thursday afternoon, the UN Secretary-General’s personal envoy for the Sahara announced that he had invited the four delegations to a second meeting during the first quarter of 2019.

All the parties agreed on the need to find a consensual settlement to the Sahara conflict, he said.

The discussions of this meeting focused on assessment of recent developments in the Sahara, the regional challenges, as well as the next steps in the political settlement process of the territorial conflict around the Moroccan Sahara.

Reading an agreed final communiqué, Mr. Köhler noted that all delegations “recognized that cooperation and regional integration, not confrontation, were the best way to address the many important challenges the region is facing”.

However, the positive notes did not prevent the pro-Polisario media from attacking the three elected representatives of the Sahara provinces who were part of the Moroccan delegation. These are Sidi Hamdi Ould Errachid, Ynja Khattat, a former Polisario executive who returned to Morocco in the 90s, and Fatima Adli.

The pro-Polisario media went as far as calling the three Sahrawis “traitors” and qualifying their presence among the Moroccan delegation a “betrayal of the Sahrawi cause.”

Is it necessary to recall that the so-called Sahrawi republic, self-proclaimed by the Polisario, has never been recognized as a sovereign State by the UN or the European Union? Is it necessary to recall that the European Court of Justice has refused to recognize the Polisario as a “legitimate representative” of the populations of the Sahara provinces and rejected its claims to defend the economic interests of these populations?

One may, therefore, wonder who is the legitimate representative of the Sahrawis.