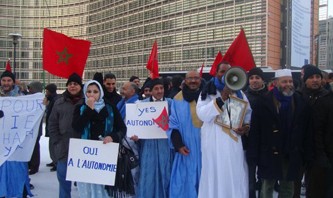 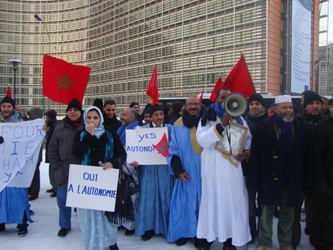 The last report of the UN Secretary General, Ban Ki-Moon, dated 22nd April 2010, submitted to the UN Security Council for approval, is unequivocal. For the first time, the UN report indicates clearly, in its paragraphs 14 and 17, the direct involvement of Algeria in the Sahara conflict, going far beyond its official role of a simple “observer”, due to its regional neighbouring. It is, in fact, in the heart of the Sahrawi problem, opposing by all the means it has at its disposal the fact that Morocco may naturally get back a part of its territory which has been despoiled by the Spanish colonization.
This involvement is reflected, also, in the management of the camps for sequestrated Sahrawis in Algeria and the refusal of the latter to allow the UNHCR to proceed to the census of the Sahrawi population sequestrated in Tindouf camps in Algeria, and to see to the protection of its populations, by allowing them to move freely in the region and to settle down in the country of their choice.

Thus, the UN executive says being deeply “concerned by the situation as far as human rights are concerned” and has reaffirmed the fact that “the conflict human dimension, namely the destiny of the Western Sahara refugees, is a subject of increasing anxiety”. This expressed concern should awaken the universal consciousness to put an end to this silent tragedy with the complicity of the countries in the region, mainly Algeria which has made of the Sahara issue its spearhead and its anti-Moroccan campaign.
In fact, concerning this human rights issue, the Secretary General has called all the parties to collaborate with the United Nations and has talked, on the way, about the very limited role of the UNHCR which has never been at the level of its moral and historical responsibilities.
On its side, Morocco declares being ready to collaborate with the United Nations looking for a solution that may guarantee to these populations protection and dignity, namely the return to homeland.
In this context, some American NGO, such as Human Rights Watch (HRW) and Robert Kennedy Center for Justice and Human Rights (RFK Center) have called on the UN Secretary General urging him to do everything in his capacity to assure the protection of the populations, living in Sahrawi camps of Tindouf, suffering from malnutrition, lack of medical care and are surviving in precariousness and imprisonment.