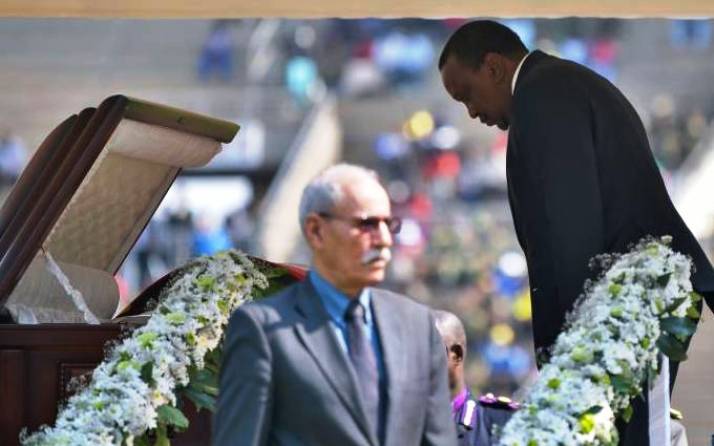 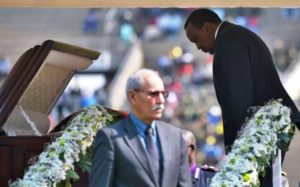 The Polisario leader Brahim Ghali flew to Harare, capital of Zimbabwe, last week to attend the funeral of former President Robert Mugabe, who passed away on September 6.

Officially, Ghali went to Harare to attend Mugabe’s funeral, yet observers believe his trip was rather aimed at securing the support of the new Zimbabwean authorities for the Polisario’s separatist views, at a time the Algeria-backed front has lost many supporters in Europe, Africa and Latin America.

In a speech on Saturday, Ghali thanked Zimbabwe for its “historic positions in support of the Sahrawi Republic.”

“We are talking about an eternal leader who unequivocally defended, until the last day of his life, Africa’s freedom, dignity, unity, independence and prosperity,” he said about the late Robert Mugabe, a dictator who ruled Zimbabwe for thirty-seven years before handing over to his successor, Emmerson Mnangagwa, a bankrupt country.

Brahim Ghali does not have to be proud of praising the late Mugabe, a dictator who has plunged his country into an unprecedented socio-economic crisis, breaking all world records in terms of inflation, indebtedness and unemployment.

Obviously, Ghali can count on the traditional support of Zimbabwe, since the new president, Mnangagwa, seems to tread in the footsteps of his predecessor, repressing all protest movements in his country.

Today, Brahim Ghali and his lieutenants suffer successive diplomatic failures in the battle they are waging against Morocco around the Sahara issue, with the unconditional support of Algeria, and can only rely on the support of autocratic regimes in Africa and in Latin America.