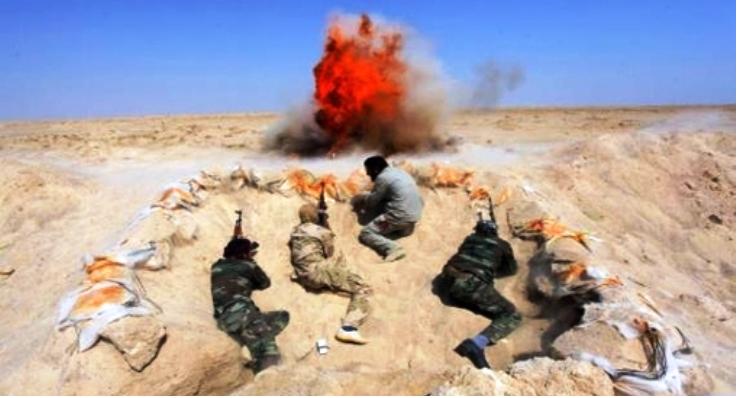 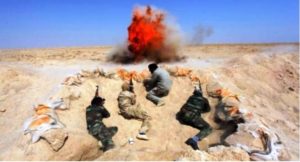 Violent armed clashes took place on Wednesday, September 18, between two gangs of Sahrawi drug traffickers over a batch of cocaine worth 3.5 million dirhams (about $328,697) in the locality of Bir Tighissit, near the buffer zone of Mhiriz, bordering on Mauritania.

The two gangs of traffickers come from the Souaad and Labouihat factions of the same Rguibat tribe, established in the Polisario-run Tindouf camps.

The armed clashes erupted three days after the kidnapping, on Sept. 16 in Bir Tighissit, of a drug smuggler from Labouihat named Haddi Ould Bechari Ould Lahbib Ould Abderrahmane, aka “Haddi Ould Bouinina”, by three traffickers from the Souaad fraction.

According to sources quoted by the Moroccan news outlet le360.ma, Haddi Ould Bouinina has reportedly stripped his kidnappers of a quantity of drugs, worth 6 billion Algerian centimes.

Photos and a video , relayed on YouTube and social networks, clearly show the violence of the armed clashes between the two drug gangs. A member of the Souaad faction was injured in the clashes and Haddi Ould Bouinina of the Labouhat faction was released.

In retaliation, the Souaads, supported by relatives who live in Bir Tighissit, chased their opponents into the Mhiriz region, where they damaged property belonging to members of the Labouihat faction.

In reaction, the Labouihats called to their rescue their cousins established in Tindouf camps who left last Wednesday in the late afternoon, the camps, aboard some sixty all-terrain vehicles, in the direction of Mhiriz where the situation may degenerate in case of a new armed confrontation between the two clans.

It is no secret that Polisario executives and militiamen have been involved in the trafficking of arms and narcotics as documented by NGOs and specialized think tanks and as evidenced by the latest incident.