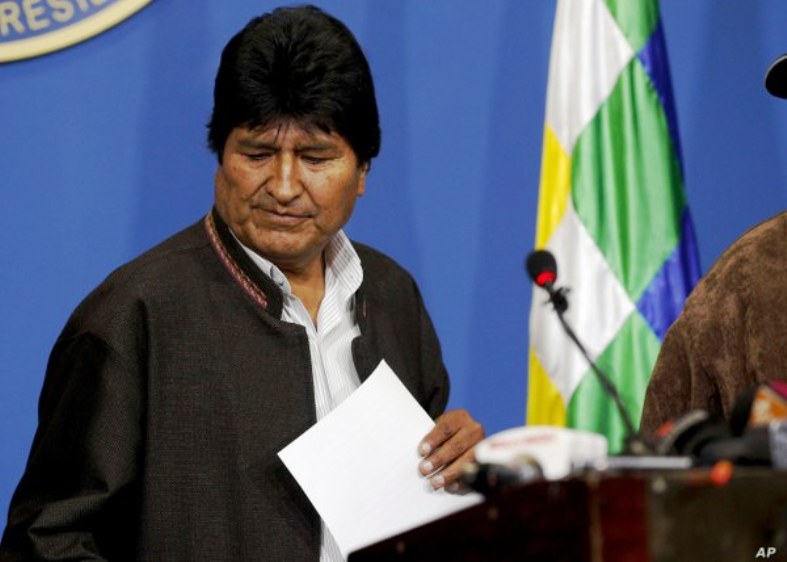 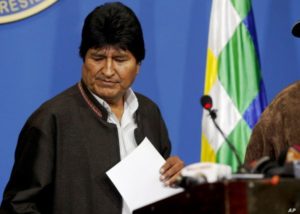 Bolivian President Evo Morales, one of the strong supporters of the Polisario’s theses, was forced to resign Sunday after weeks of protests. The resignation raised serious concerns inside the headquarters of the separatist Front in Rabouni.

The controversial President Evo Morales announced his resignation, under the pressure of the strong popular protest that shook the country since the proclamation of his “reelection” late October, for a fourth term at the head of Bolivia, and after the army and the police withdrew their support to the dictator. On Tuesday, he flew to Mexico where he was granted asylum.

The Polisario leader Brahim Ghali was among the first to congratulate the Bolivian President Morales for his re-election, as he was president of one of the few countries in Latin America that still recognize the pseudo-Republic “SADR”.

Besides, Bolivia was one of the few countries, along with Uruguay and Uganda, to defend the Polisario separatist theses at the meeting of the UN General Assembly’s Fourth Committee early October 2019.

And during its presidency of the Security Council in October 2018, Bolivia tried to put Western Sahara high on the council’s agenda and had abstained in the vote on the resolution on the MINURSO mandate.

Now, the Polisario, which has already lost many of its traditional supporters in the subcontinent where Morocco on the contrary made unprecedented diplomatic breakthrough, risks being abandoned by a major ally with the end of the regime of dictator Morales.

Bolivia is surrounded by Brazil, Paraguay, Argentina, Chile and Peru, which withdrew their recognition from the pseudo-“SADR” and openly support Morocco’s position on the Sahara issue.