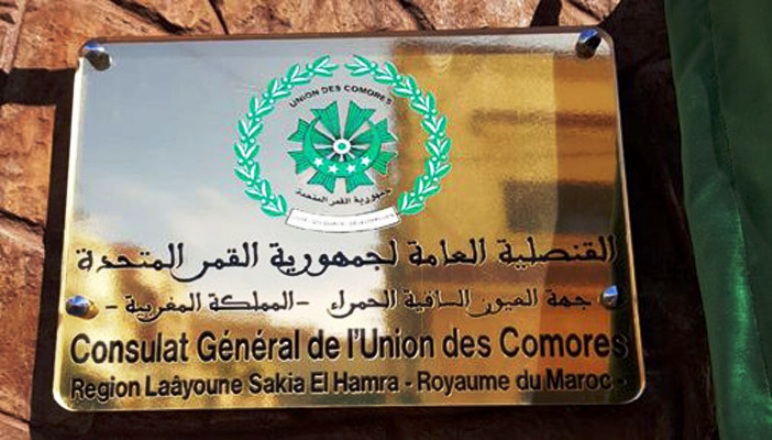 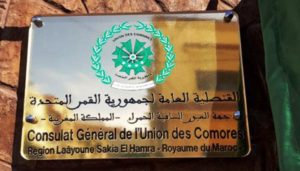 The Moroccan southern cities, mainly Dakhla and Laayoune, are not only a popular destination for businessmen, tourists, or surfers, but they are also attracting a growing number of African countries desiring to open their consular missions there.

Côte d’Ivoire, Senegal, Gambia and Comoros Island are among these countries, which have already announced their intention to open a “Consulate General” or “Honorary Consulate” in Dakhla or Laayoune.

After the announcement made Dec.12 in Rabat by Gambia’s foreign minister Mamadou Tangara on his country’s decision to open soon a Consulate General in Dakhla, his Comorian peer Souef Mohamed El Amine, flew on Wednesday to Laayoune where he co-chaired with his Moroccan peer Nasser Bourita the opening ceremony of a Consulate General of the Comoros Islands.

The Union of the Comoros took this decision mid-November. It is the first country to set up a Consulate General in one of Morocco’s southern provinces.

In a statement to the press, the new Consul General of Comoros, Sayed Omar Sayed Hassan, hailed the “fraternal” bonds existing between the two African countries, saying the Moroccan-Comorian relations date back to the era of his country’s post-independence.

The opening of a Consulate General in Laayoune, “capital of the Moroccan Sahara”, is an “honor” for the Union of the Comoros, he said, noting that the opening of this diplomatic representation “confirms the Moroccanness of the Sahara and the fraternal ties between our two countries”.

He also invited all African countries to follow suit and open diplomatic and consular representations in the cities of Moroccan Sahara.

“I hope that other countries, friends and brothers of Morocco, will follow the example of the Union of the Comoros to show their solidarity & fraternity with our Moroccan brothers and their gratitude for all the contributions made by the Kingdom of Morocco in our countries and throughout the African continent”, stressed the diplomat.

With the opening of a Consulate General of the Comoros Islands in Laayoune, the Moroccan diplomacy scores another victory in the Sahara issue, a victory, which will be hard to swallow by the Polisario Front and will certainly irk its sponsors, particularly Algerians and South Africans.