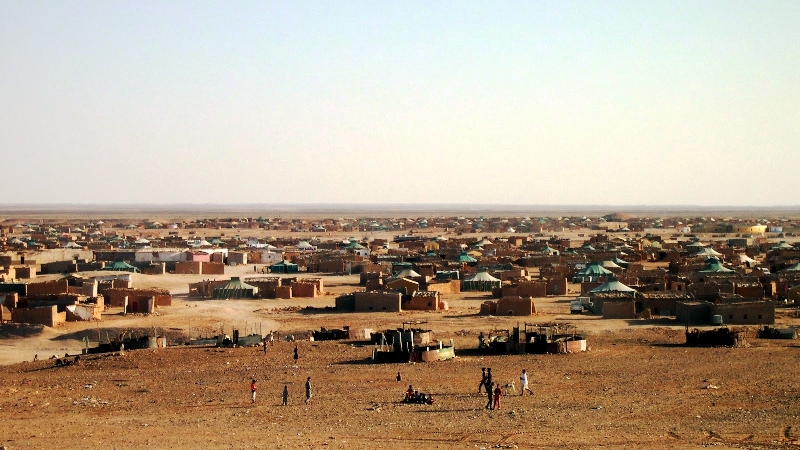 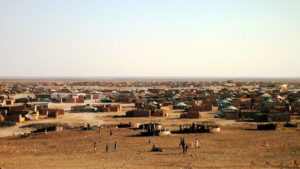 Enforced disappearances, endless persecution of human rights activists, reprisals against opponents, embezzlement, recruitment of children, lack of freedom of movement… the list of abuses committed by the polisario armed militias in the Tindouf camps is very long.

At a press conference held Wednesday at the Geneva Press Club, former polisario cadres and prisoners shared their testimonies about the abuse and the inhuman ill-treatment of Sahrawi populations cordoned off in the Tindouf desert to muzzle protesters and repress popular anger in the camps.

The speakers at this press conference, organized by the Sahara League for Democracy and Human Rights, on the sidelines of the 1st World Forum on Refugees, gave moving accounts on the degrading treatment, violence, humiliation and repression endured by the Sahrawis sequestered in the Tindouf camps, the kidnapping, the horrific physical and psychological torture committed by the polisario henchmen in these camps.

They blame Algeria for allowing these crimes, maintaining the status quo in this lawless zone and refusing to count the population sequestered in Tindouf.

Ahmed Kher, one of the victims of repression in the Polisario jails, spoke about the oppression and terror prevailing in the Tindouf camps. Mr. Kher, who spent 14 years in detention before returning to his homeland, focused the torture techniques used by the polisario militias to silence opponents and those denouncing their abuses.

As no census has so far been conducted to know exactly the number of people held in the Tindouf camps in line the international community’s demands, the Sahrawis sequestered in these camps remain without cards recognizing their legal status, he said.

“In reality, they are sequestered and held against their will in an open-air prison without any legal documents,” added Mr. Kher, urging the international community to intervene to end the human rights violations in this area controlled with an iron fist by a gang of torturers and swindlers.

Taking the floor, Adnan Braih cited the case of his brother, Khalil Ahmed Braih, a former senior Polisario official who was in charge of human rights Affairs before he was abducted in January 2009 in mysterious conditions in Algeria. The man was kidnapped as he was about to conduct a probe into the deaths of about 160 people, including women and children, during the 1980s and 1990s.

The suspicious silence observed by the polisario leadership regarding this case, said Mr. Adnan Braih, noting that his family has launched an international campaign to shed light on the circumstances of his disappearance and kidnapping.

For his part, the President of the Sahara League for Democracy and Human Rights, Hammada Labaihi, who had lived in the Tindouf camps for 40 years, underlined the horrible situation prevailing in these camps due to the oppression and embezzlement of humanitarian aid by the polisario leaders.

This press conference is “an opportunity to make the voices of our brothers and sisters sequestered in the Tindouf camps heard and to expose the intolerable inhumane treatment suffered by the Sahrawis for decades at the hands of separatist leaders”, he stressed.

He also called on the international community to intervene to end the ordeal of the Sahrawis held hostage in these camps, deprived of their most basic rights, including the right to travel, express themselves freely and work in the host country, in violation of UN charters and the UNHCR.

According to Mr. Labaihi, the polisario which commits all these crimes “cannot claim to represent the Sahrawis, defend their interests or speak on their behalf”.

During the conference, some speakers raised the issue of the military recruitment of children in the Tindouf camps. They also cited several international reports showing the diversion of humanitarian aid and human rights violations committed by the polisario.