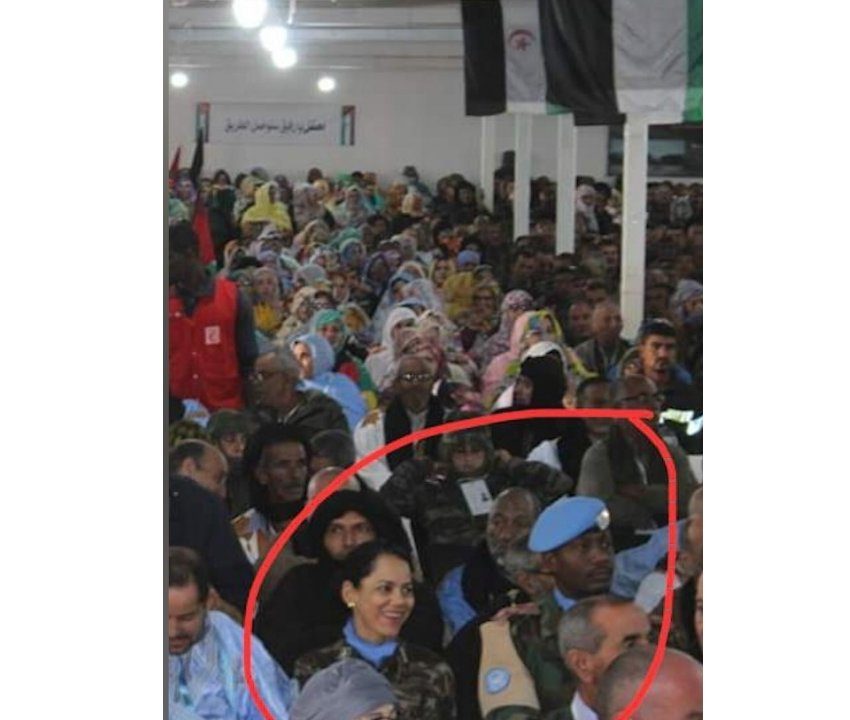 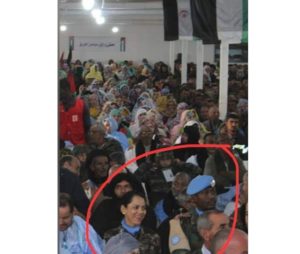 A UN spokesperson was barely convincing when he tried to justify the presence of two MINURSO peacekeepers, on Wednesday, December 19, during the opening of the Polisario’s pseudi- congress held in Tifariti, a demilitarized zone east of the Moroccan security wall.

The brief presence of two MINURSO military observers at the so-called Polisario congress in Tifariti “does not imply any political position” on the part of the observers or MINURSO, which remains “strictly impartial in the fulfillment of its mandate”, said on Monday Mr. Stéphane Dujarric, spokesperson for the UN Secretary-General.

“On 19 December, as part of their regular monitoring of developments (in the Sahara) in support of MINURSO’s mandate, two UN military observers based at Tifariti team site decided to visit the site” of the pseudo “congress” of the Polisario, said the UN spokesman during his daily press briefing in New York, without giving any more details on the motive for their presence.

He just said that the two UN peacekeepers “left shortly” and “returned to their team’s site”. But photos published by news outlets showed that the two MINURSO observers, a woman and a man, were sitting amidst the congress participants.

Pending further details on this issue, observers in Morocco say this shows clearly the partiality of the MINURSO as it was demonstrated by the case of military observers who were filmed few years ago in a tent in the Tindouf camps, giving advice to polisario militias on guerilla techniques.

On April 23, 2013, a video posted in YouTube, showed UN military peacekeepers inside a tent, inciting young Sahrawis in Tindouf to rebel against Moroccan law enforcement in Western Sahara.

One of these UN peacekeepers was Egyptian Hany Mustapha, who was filmed by a Sahrawi using a mobile phone. A month later, the Egyptian blue-helmet was fired discretely by the MINURSO command.