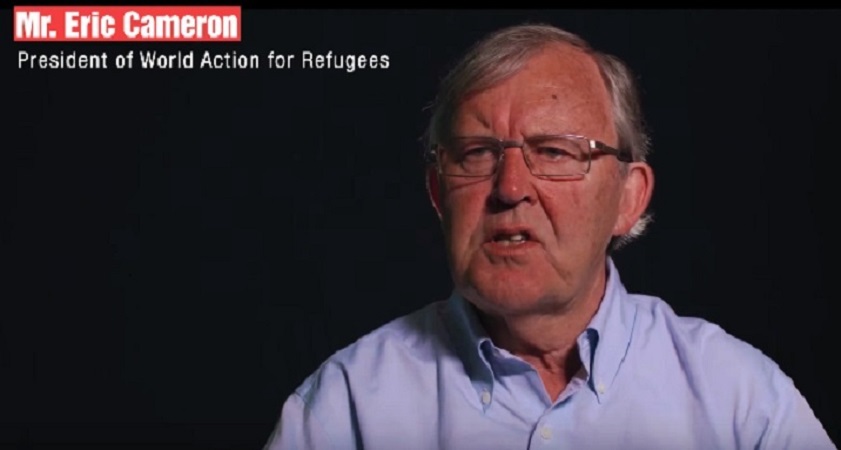 Norwegian activist & Head of “World Action for Refugees” Eric Cameron, has denounced the Algerian regime for its responsibility in the appalling humanitarian situation in the Tindouf camps and the serious violations of the human rights of the Sahrawis sequestered in the Algerian desert.

Speaking during “Sahara Debate” program broadcast on social networks, Mr. Eric Cameron slammed Algeria for the devolution of authority to the Polisario over a part of Algerian territory in violation of the 1951 Convention related to Refugee Status and its 1967 Protocol, as well as all the decisions of the Executive Committee of the UN High Commissioner for Refugees.

This exceptional situation under the international humanitarian law has allowed the Polisario to “commit systematic violations of human rights in the Tindouf camps to muzzle any protest against its legitimacy”, deplores the chairman of the NGO World Action for Refugees.

Thus, “arbitrary detention, kidnapping and torture are inflected on the Sahrawi civilian population in connivance with Algerian authorities”, he added, confirming the moral, legal and penal responsibility of Algeria in the violations committed over its territory, in the Tindouf camps.

For the Norwegian expert, Algeria, which hosts the Tindouf camps, has the obligation to prevent and investigate the human rights violations committed against people on its territory, and hold accountable those responsible for these violations.

In 2018, the UN Human Rights Committee had expressed concern over the devolution of Algeria’s powers, including jurisdictional powers, to the Polisario.

In his analysis of the deteriorating humanitarian situation in the Tindouf camps, Eric Cameron cites the systematic embezzlement by the Algerian officials and Polisario leaders of the humanitarian aid destined to the Sahrawi population sequestered in Tindouf Camps. These diversions were confirmed by the UNHCR and the World Food Program during an inspection mission carried out in 2005 in the Tindouf camps.