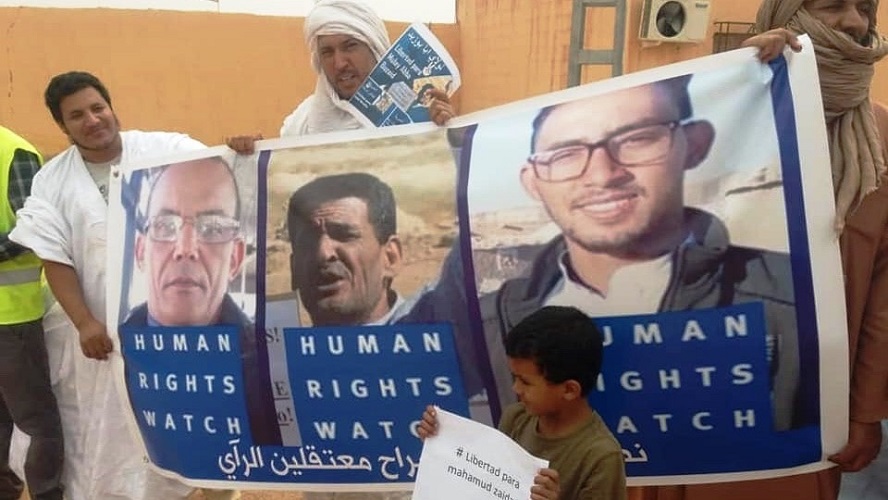 The United Nations Working Group on Arbitrary Detention (WGAD) has just made public its decision on the complaint by opponent of the polisario leadership El Fadel Breica, against the Algerian state, for kidnapping, torture, captivity and illegal detention for more than four months, on the Algerian territory by the Polisario militias and the Algerian security services, due to his activism for the defense of human rights of the populations in the Tindouf camps, more particularly his participation in a sit-in in front of the Algerian embassy in Madrid to demand shedding light on the fate of his cousin El Khalil Ahmed Braih, missing since his abduction in January 2009, in Algiers by the Algerian intelligence services.

The UN experts, who affirmed at the end of their deliberations within the framework of the 87th session of the WGAD/UN that “Algeria is held responsible as long as El Fadel Breica was in Tindouf, on the Algerian territory and therefore under the territorial jurisdiction of Algeria”, have reached overwhelming conclusions for Algeria and its Polisario’s henchmen.

They stressed in particular that “the detention of El Fadel Breica results from the peaceful exercise of his rights to freedom of expression and association, that he was kidnapped, without any arrest warrant, that he was not informed of the reasons for his arrest, that he was not brought before a judge during the four months of his detention and that his right to an effective appeal has also been violated”, before concluding that the arrest and detention of Breica has no legal basis and is arbitrary.

Concerned about the proliferation of arbitrary detention practices in the Tindouf camps, the WGAD/UN experts asked the Algerian state to facilitate their visit to this country “in order to initiate a dialogue with its government on this subject”, by enjoining the Algerian authorities, on the specific case of Breica, to take the necessary measures to open a thorough and independent investigation into the circumstances of Breica’s arbitrary deprivation of liberty, take the necessary measures against those responsible for the violation of his rights and for the compensation of the damages suffered in accordance with international law, while calling on the Algerian government to report to the WGAD/UN on the implementation of these recommendations.

Through the clarity of its decision, which dismissed the Algerian maneuvers aimed at sowing ambiguity about its responsibility in the despicable crimes perpetrated with impunity on its territory, by its army and its supporters from the Polisario, against the Saharawis held captive in the Tindouf camps, this UN body opened the way for hundreds of victims and their dependents to demand accountability from their executioners and material and moral compensation from their protectors, who are now amid the turmoil of the procedure for monitoring the implementation of the decision of the WGAD/UN in relation to the case of Breica, since the Algerian State will have to inform the working group of the United Nations within six months, on the measures it took, in particular on the opening of an investigation into the arbitrary arrest and detention of Breica and his compensation, as well as the prosecution of the perpetrators of these violations.